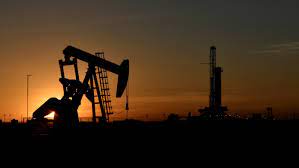 The U.S. dollar index , which trades inversely with oil, fell 0.69% in Tuesday trade.

China s crude oil imports from Russia rose 17% in November from a year earlier, as Chinese refiners rushed to secure more cargoes ahead of a price cap imposed by the Group of Seven nations on Dec. 5.

The increase made Russia the top oil supplier for China ahead of Saudi Arabia.

Meanwhile, Saudi energy minister Prince Abdulaziz bin Salman said in an interview with the Saudi state news agency that OPEC+ members leave politics out of the decision-making process and out of their assessments and forecasting. read more

The minister added that the OPEC+ decision to cut oil output, which was heavily criticized, turned out to be the right one for supporting the stability of the market and the industry.

Oil prices, which came close to the all-time high of $147 a barrel in March after Russia invaded Ukraine, have unwound most of their 2022 gains.