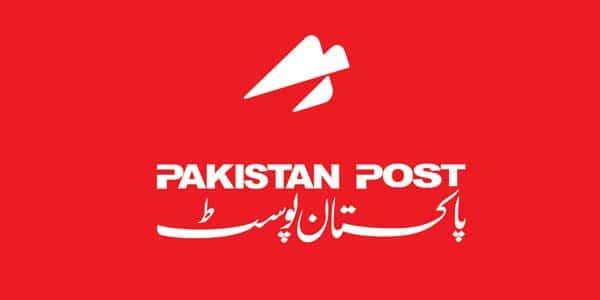 ISLAMABAD (APP): Pakistan Post issued a total of 11 postage stamps here Sunday to commemorate different important occasions and honoring the great personalities and their achievements through the year 2022.
Among these 11 stamps issued last year, the first stamp of this year was issued on January, 01, 2022 to commemorate the 70th anniversary of the diplomatic relation between Pakistan and Japan. The diplomatic relations between Pakistan and Japan were established on 28th April 1952. Pakistan was among the first in few countries that ratified the Japan Peace Treaty.
The second commemorative stamp of Rs. 20 denomination was issued on January, 14, 2022 to mark the 70th anniversary of diplomatic relations between Pakistan and Spain. Its images of Plaza de Cibeles, Spain and Islamia College Peshawar aimed to celebrate the friendly relations between our two countries, Pakistan-Spain ties are marked by cordiality, underpinned by commonality of views and shared interests of democracy, pluralism, peace and security.
Pakistan Post issued third stamp on March 23, 2022 on the occasion of 48th Session of OIC Council of Foreign Ministers (CFM), held on March 22 and 23, 2022 in Islamabad, under the theme of “Partnering for Unity, Justice and Development”.
The meeting holds special significance as it will coincide with the 75th anniversary celebrations of Pakistan’s independence. To celebrate the 100 glorious years of one of the most influential institutions for the women education in Pakistan, Lahore College for Women University Lahore (1922-2022), Pakistan Post issued 4th commemorative postage stamp of the year on May, 25, 2022 portraying the images of the University on it.
Pakistan Post issued 5th stamp of the year on July, 25, 2022 on the occasion of centennial celebration of Attock Refinery Limited (ARL). The ARL is a pioneer of crude oil refining in the country with its operations dating back to 1922.
On the occasion of the diamond Jubilee of Pakistan (1947-2022), the Pakistan Post issued a commemorative stamp on August 14, 2022, portraying the monuments of Pakistan on it. The stamp also comprises the words of “75 years of Independence and service” and “The true spirit of independence, Unity, Faith and discipline” along with the logo of the Diamond jubilee celebration The 7th stamp of the year was also issued on August 14, 2022, on the occasion of 11th Edition of the International Defense Exhibition and Seminar (IDEAS) 2022. IDEAS is a continuous success story since year 2000 and now an established rendezvous of international defense exhibitors, high level delegations, security analysts and top-ranking policy planners.
To mark 75th founding anniversary of the universally recognized outstanding performance and achievements of “Pakistan Institute of International Affairs”, Pakistan Post issued 8th stamp of the year on 14th November, 2022. The stamp portrays the image of the building Pakistan Institute of International Affairs.
To celebrate to 75th years of the establishment of Pakistan and Australia diplomatic relations, the High Commission for Pakistan, Canberra, Australia in collaboration with Pakistan Post issued a commemorative stamp on November 15, 2022. The stamp depicts the Parliaments of Pakistan (Islamabad) and of Australia (Canberra) which are symbols of highly dignified and esteemed democracies of the two countries.
Pakistan Post issued 10th commemorative stamp of the year on November 23, 2022, on the occasion of 100 years celebration of IDA Rieu for Service Schools for the Blind and Deaf Children (1922-2022). The Ida Rieu Welfare Association (IRWA) was established in 1922, runs the oldest educational facility for the blind and deaf in Pakistan.
Pakistan Post issued the last commemorative postage stamp of the year last year on December 27, 2022 on the occasion of 75th anniversary of diplomatic relation between Pakistan and the United States. The stamp depicts the Minar-e-Pakistan (Lahore) and Statue of liberty (US) which are symbols of highly dignified and esteemed democracies of the two countries.
All the 11 commemorative stamps are of Rs. 20 denomination which are available for sale at all important post offices in the country. Overseas orders for Stamps should be addressed to the Manager, Philatelic Bureau, Karachi GPO or Manager, National Philatelic Bureau, Islamabad GPO, accompanied by a Bank Draft or Crossed Cheque en-cashable in Pakistan.