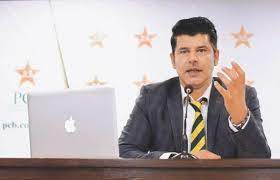 LAHORE: Pakistan’s chief selector Mohammad Wasim’s contract has been terminated by the new Pakistan Cricket Board (PCB) management committee, which is headed by Najam Sethi.

Wasim was under immense fire after Pakistan suffered a 3-0 whitewash in the home Test series against England.

Wasim, a former Pakistani batter, was appointed chief selector in December 2020, and it is anticipated that this arrangement will continue through the ODI World Cup in 2023. He was fired via email on Friday. Wasim’s final selection was the Test team for the domestic New Zealand series.

Wasim was slammed for some of the decisions taken by him and his panel. The former Pakistan cricketer was termed average by legendary pacer Shoaib Akhtar, who feared the team wouldn’t go past the first round in the major event coming up.

Earlier, Ramiz Raja was sacked as chairman of the PCB by the government, which appointed a 14-member committee, headed by Najam Sethi, to run the affairs of the game for the next four months. Raja had taken over from Ehsan Mani, who stepped down from the role in 2021.

Sethi will head a new 14-member committee that includes former Pakistan cricketers Shahid Afridi and Sana Mir for the next four months until elections are held.

“The Management Committee will work tirelessly to revive first-class cricket. Thousands of cricketers will be employed again. The famine in cricket will come to an end,” Sethi said.

“Thank you all cricket enthusiasts for welcoming change in PCB affairs. Please wish our team good luck going forward. There is a lot of work to be done and some undone.”