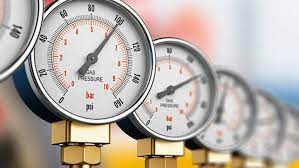 ISLAMABAD: Global economic recession and regional conflicts landed many of the world’s nations in serious trouble to meet the energy needs of their people during chilly winters. Unlike many previous years, the post-COVID and Russia-Ukraine war era had rung alarm bells even across Europe and in many Asian countries.

The situation was also not different for Pakistan, a country facing energy shortage over the years due to rising population and growing energy demands by domestic, commercial, and industrial sectors.

Failure of the previous regime in making prudent decisions and embarking on exploration plans was another reason behind this phenomenon. Although all is not well yet the multi-faceted strategy of the present government seems like bearing fruit to tackle the situation.

There is no denial about consumers’ complaints regarding commodity shortages in a number of areas across the country. But sensible regulation of gas supply to domestic consumers had allayed the fears of acute shortage although there are still supply and demand variations due to depleting domestic resources and infrastructure issues.

“Keeping in view all these challenges, we have arranged extra gas for November, December and January as compared to same period last year. Additional LNG cargoes for January and February have also been secured from Qatar,” informed Minister of State for Petroleum Dr Musadik Malik.

He said local gas production was experiencing around a 10 percent decline annually, therefore the government is approaching friendly countries and the international markets to secure the required amount of gas. “A Gas Framework Agreement with Azerbaijani trading firm SOCAR was near completion for the availability of ‘distressed’ LNG cargoes from international market at the cheapest rates.”

“An effective monitoring system of commodity’s demand and supply was in place as we are encountering infrastructure issues resulting in low gas pressure in remote areas. We are also rectifying this problem,” the minister said.

He said the gas companies were providing more than 20,000 tons of Liquefied Petroleum Gas (LPG) per month in shortage or low pressure areas. “For the first time, Sui Northern Gas Pipelines Limited (SNGPL) has opened LPG cylinder outlets in such areas.”

Commenting on industrial sector’s energy demand, Musadik Malik said, the government is aware of this sector’s importance for economic stability, exports and employment generation. “Therefore, we are utilizing all available options including reaching out to Central Asian States for the purchase of gas either through pipelines or Liquefied Natural Gas (LNG) cargoes from potential countries.”

He also mentioned to two new policies related to tight gas and the revival of old hydrocarbon wells to exploit the country’s indigenous oil and gas potential.

He said that Russia had agreed in principle to provide crude oil, petrol, and diesel to Pakistan at a discounted rate. “This can play an important role in bettering supply and bringing down energy prices.”

Pakistan is already in negotiations with Russian private and public sector companies for procurement of Liquefied Natural Gas (LNG). The early establishment of the Pakistan Stream Gas Pipeline, commonly known North-South (Lahore-Karachi) Gas Pipeline, and another ‘big gas pipeline’ to get the commodity from Russian hydrocarbon deposits was also part of the plan.

Next month, an inter-governmental delegation of Russia, led by its Energy Minister, would visit Pakistan to make progress on oil and gas sale-purchase agreements between the two countries.

The federal government also discussed a number of measures at Tuesday’s cabinet meeting to conserve energy to mitigate the masses suffering as well as save a handsome amount for the national kitty.

The country’s domestic gas extraction varies around 3.5-7 Billion Cubic Feet per Day (BCFD) against the demand of 8 BCFD and it is difficult for any government to meet domestic, commercial, and industrial sectors’ needs in the prevailing scenario.

The demand-supply gap is being bridged with the increased import of Liquefied Natural Gas (LNG), Liquefied Petroleum Gas (LPG) and accelerating hydrocarbon exploration activities in the country. The government is in process of granting exploration blocks to successful companies after a fair bidding process.

Accordingly, a plan is also being worked out to provide incentives to local and foreign exploration and production (E&P) companies to step up drilling activities in potential areas.

“An effective package of incentives will be offered to the companies making discoveries and extracting oil and gas enabling us to meet our needs,” said a senior official privy to the energy development sector.

Pinning high hopes in nature’s bounties bestowed to Pakistan, he said, “by utilizing our natural resources to the optimum, we can achieve complete autarky in the energy sector paving the way to national prosperity.”

“There is light at the end of the tunnel. We just need to move in the right direction steadfastly by making right decisions at the right time,” he observed.

The energy crisis is lingering on the challenge faced by recent past governments as ever increasing population was resulting in mounting gas demand, especially during the winter season.

Therefore, cognizant of the situation, the coalition government is making all-out efforts to exploit indigenous hydrocarbon resources for achieving self-reliance in this sector as well as exploring avenues to secure inexpensive deals with international exporters. (APP)