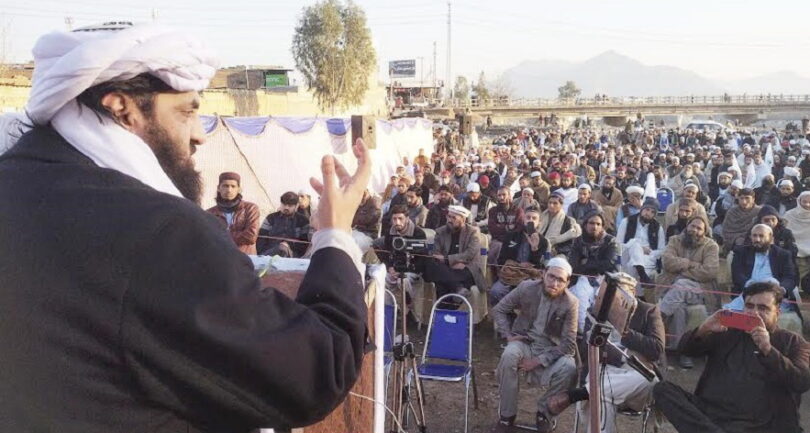 LOWER DIR: The Pakistan Democratic Movement central spokesman and former JUI-F senator Hafiz Hamdullah has said the coalition partners had sacrificed their parties’ politics for the sake of the country. He was addressing an ‘Azm e Inqilab conference’ organized by the Jamiat Talba Islam (JTI), a students’ wing of the JUI-F at Chakdara here the other day. The students from both the contemporary and religious institutions attended the conference. The Timergara tehsil chairman Mufti Irfanud Din, JTI district president Hafiz Isararullah Mazhari, tehsil convener Wahid Zaman, Maulana Imran Haqqani and others also spoke on the occasion.

“We wanted to dissolve assemblies soon after ousting Imran Khan,” Hafiz Hamdullah said, adding the former premier had ruined everything in the country, so the PDM decided to first steer the country out of those crises. The PDM leader said the PTI chief Imran Khan had destroyed the country during his three and a half years’ term. He said the Supreme Court of Pakistan and the Election Commission of Pakistan had declared him [Imran Khan] a certified dishonest and thief. He said that now had no right to rule over the country. The JUI former senator said that Imran Khan was responsible for the current inflation and economic instability as he had broken a deal made with the IMF just days before his ousting.

Condemning the PTI leadership, he said the new generation was being misled through attractive slogans and music concerts. He said the Islamic civilization was being targeted and the actual target was the religion. He asked the students to equip themselves with the golden teachings of Islam as it was the religion of morality, honesty, love, peace and prosperity. He said that it was the PDM that raised a voice for the parliament’s supremacy and rule of law in the country. He said the PDM was rebuilding and rehabilitating the old Pakistan damaged by Imran Khan and the JUI-F would play its role on the forefront. The JUI leader also lauded the efforts of the JTI workers and asked them to convey the party message to every nook and corner of the country.

The DPO said that five member of the gand including Siab Khan of Shamlai Chakdara, Zahirullah and Ziadullah of Chinar Koto Batkhela, Shehzad of Ghawar Kalay Dargai and Zameer of Ramora Chakdara were arrested from different locations. He said that a total of 12 motorcycles, one buffalo along with a calf and Rs 60,000 were recovered from their possession. The DPO said the accused had confessed their crime to police. The hand-cuffed and head-covered accused were also presented to the media.