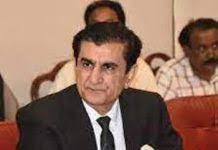 ISLAMABAD: Special Committee on Affected Employees Chairman Qadir Khan Mandokhail on Tuesday raised the issue of the non-professional behavior of staffers of the Pakistan Institute of Medical Sciences (PIMS)’s Pathology Department with patients causing grave concerns among the people.

Talking on a Calling Attention Notice, he said there was a dire need to polish the professional etiquette of medical practitioners working particularly in the government hospitals in the domain of federal capital.

On this, Deputy Speaker Zahid Akram Durrani asked the respective member for sending the matter to the privilege committee if the issue of misconduct pertains to a particular official.

Replying to the query, Mandokhail said he was also a social worker beside a legislator and he had no personal grudge against anyone but he was worried about the rest of the hospitals of the country where patients were not being treated as per qualified standards. He urged the chair to refer the matter to the committee for its redressal on a long-term basis. Parliamentary Secretary Agha Rafiullah informed the house that the Ministry of National Health Services, Regulations and Coordination had taken immediate action on the concerns expressed by the respective member Mandokhail.

He said he had no objection to sending this matter to the committee, but since the minister himself had issued clear-cut instructions on the subject, the respective member should wait for the action.

Agha Rafiullah himself admitted that the staffers of hospitals must properly be trained in a bid to provide a congenial environment to the patients and the public. (APP)