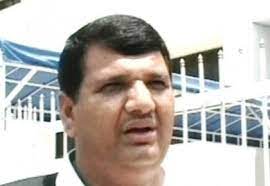 PESHAWAR: The Provincial President Muslim League (N) and Advisor to the Prime Minister, Engineer Amir Muqam on Wednesday while reacting over the dissolution of the provincial assembly said “thanks to Allah Almighty for granting salvation to the people from the incompetent and corrupt rulers of Khyber Pakhtunkhwa”.

In a media statement, Amir Muqam said in the last ten years the PTI government and Imran Niazi gave nothing to the people of Khyber Pakhtunkhwa but distress and desperation. Neither 350 dams were constructed nor was the economy put on the path of self sufficiency in the last ten years.

He said though we have got salvation from the corrupt PTI government in Khyber Pakhtunkhwa but there were no resources in the province to pay the salaries and pension of the staff. During its regimes in Center, Khyber Pakhtunkhwa and Punjab, he said the PTI failed to initiate any mega project for the welfare of the people.

The excessive cost of the Bus Rapid Transit (BRT) in Peshawar was a living example of the corruption of Imran led PTI.

During the last ten years, the official helicopter of the province was used as a rickshaw by the PTI leadership. Imran Khan caused a loss of Rs 1 billion to the national exchequer through the illegal use of Khyber Pakhtunkhwa government’s official helicopter.

Muqam added that the people will dissolve those who dissolved the assemblies and did nothing for the country despite being in power for years.(APP)