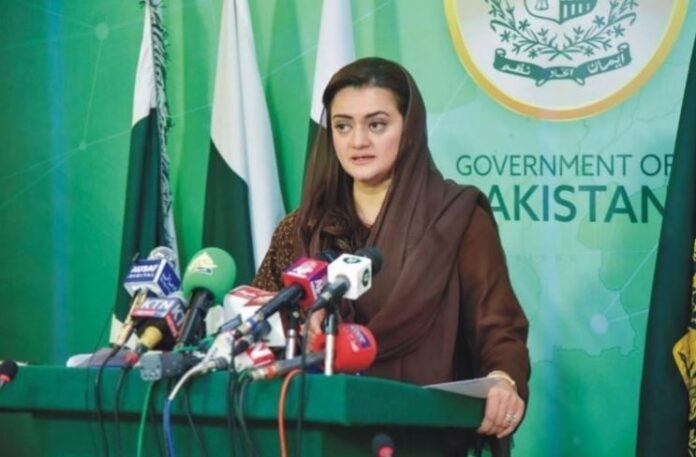 ISLAMABAD (APP): Minister for Information and Broadcasting Marriyum Aurangzeb on Wednesday said people were suffering due to the wrong economic policies of Imran Khan-led government which had resulted into extreme inflation and massive unemployment.
The minister, in a news statement, said Imran Khan was a “thief and foreign agent”, whose four-year stint had turned a prosperous Pakistan into a ruined state. His was the worst experiment in the country’s history. The group of “incompetents and foreign agents”, imposed on Pakistan in 2018, was thrown out of the Parliament in April, she added. Marriyum alleged that Imran Khan had traded off national interests, including the Kashmir cause, in return of foreign funds, and malicious campaigns against the martyrs of army and the institutions were launched at his behest.
She said ironically Imran Khan had the audacity to blame those for economic woes who inherited him the national economy with 6.3 per cent growth rate.
The minister dared the PTI members of the National Assembly to appear before the speaker for acceptance of their resignations. It was astonishing as to why the Pakistan Tehreek-e-Insaf was not dissolving assemblies in Punjab and Khyber Pakhtunkhwa, she added.