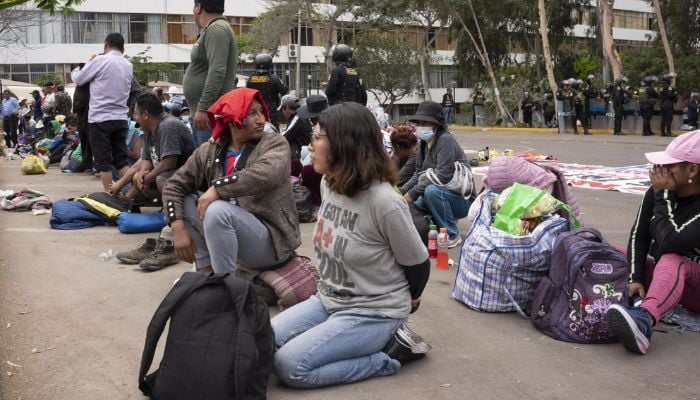 Peru closed the Inca citadel of Machu Picchu Saturday and authorities expelled protesters from a university where they have been holed up as they wage relentless anti-government demonstrations in the capital. There had been clashes between protesters and police over the past weeks that caused 46 deaths, and hundreds of injuries while thousands of tourists were stranded at different tourist sites in violence-hit Southern Peru.

The Republic of Peru hit an unprecedented public uprising after lawmakers removed an educator turned politician and former President Pedro Castillo from his office through impeachment. The impeachment process was kicked off by the parliamentarians in a response to President’s plan to dissolve the parliament and rule the country by decree to enjoy sole authority in the South American nation. Thus, the constitutional process ended up in the removal of the leftwing leader, while parliament filed a lawsuit against him on the charges of conspiracy and rebellion that sparked widespread protests in rural areas of the country, as Peru’s middle class considered the sacked President a reformer and nation saviour.

The limitless and authoritarian rule had been a weakness of so-called democratic rulers across the world. However, some observed restrained and kept themselves within the constitution and parliamentary norms while others acted smartly and conceived plans to change the law and introduced new electoral rules to extend their term in the high chair. Interestingly, many like Putin and Lukashenko successfully made their way whereas others like Kais, and Castillo failed to implement their plans and received censure and admonishment from the public.

Presently, farmers and middle-class Peruvians are staging demonstrations and demanding the release of Castillo and the return of his rule that might change their fate, while the interim administration has imposed a nationwide emergency to control the law and order situation in the country. Apparently, innocent masses believe in the unreal assertions of populist leaders and desire to experience the realization of daydreams, which never happens. Presently, thousands of poor Peruvians are on the roads in the support of a leader, who attempted to sabotage the law. In fact, the public demand solution to their issues, and no one cares about the law and credibility of the figurehead.