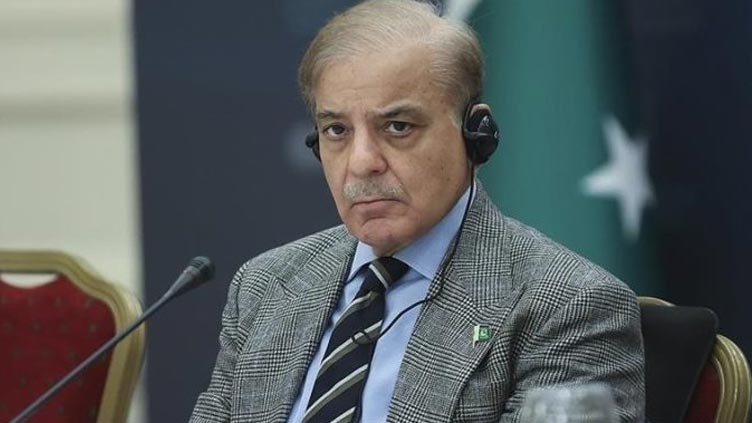 Prime Minister Muhammad Shehbaz Sharif has strongly condemned the despicable act of desecration of the Holy Quran by a right-wing extremist in Sweden the other day. According to the premier, the garb of freedom of expression cannot be used to hurt the religious emotions of 1.5 billion Muslims across the world.

The recurrent incidents of Islamophobia have become customary in some western countries and India, where profanation of poise personality, desecration of the Holy Quran and Islamic verses, and physical attacks on Muslims and Mosques are common. Western nations always cover up such extreme religious bigotry and criminal acts in the garb of freedom of expression and civil liberties whereas Modi’s India is intentionally transforming its nation into a Hindu state, by inciting anti-Muslim sentiments in its country.

Historically, such hateful and biased acts had been increased in recent years after the rise of Nationalism and far-right politics in nations across the world because far-right politicians and religious clerics use hate speech and racism to boom their politics and missionary status in the country. In fact, Islamophobia is a manifestation of hate speech and religiously motivated crimes against Muslims due to their beliefs, religious attire, physical appearance, culture, and traditions, and this trend has been shaped into a grave challenge worldwide.

Previously, Pakistan and the Organization of Islamic Conference (OIC) have raised the issue at the United Nations. The global forum condemned Islamophobia in all its forms and manifestation and designated March 15 as a global day to combat Islamophobia to create awareness against hateful acts, racism, and religious bigotry against Islam and Muslims in the world. However, despite acknowledgment of the volume and seriousness of the issue at the UN, the Islamophobic incidents in Europe and other parts of the world are unrestrictedly occurring every other day. Muslims residing in non-Muslim nations feel themselves unsecured and deprived of their basic rights and religious freedoms while those provocative actions hurt over 1.5 billion Muslims across the world.

Unfortunately, western nations, who usually claimed to be the so-called advocate of human rights and religious freedom adopted a shameful policy of utter denial of religious bigotry, and Islamophobia in the name of civil liberties and termed naked incidents of terrorism as shooting and arms license violations.

After years of denial and the occurrence of countless terror and hate incidents, western nations have finally admitted the presence of white supremism as a threat to their nations yet western governments hesitate to validate Islamophobia as a rising threat to their society in the contemporary world. Until and unless nations around the globe diagnose and cure the ailment this curse will persist in one or the other way.

After the acknowledgment and designation of International Day to Combat Islamophobia, the United Nations and the international community need to move toward achieving consensus over legal and legislative measures to condemn and censure this hateful act, and for that purpose global dialogue, education, and stern legislation is of utmost importance. Pakistan and the OIC must work to declare Islamophobia and punishable offense and UN member nations must uphold their responsibility to combat this curse in true letter and spirit, so no selfish politician and disgruntled cleric could use his guise against Islam and Muslims in the future.