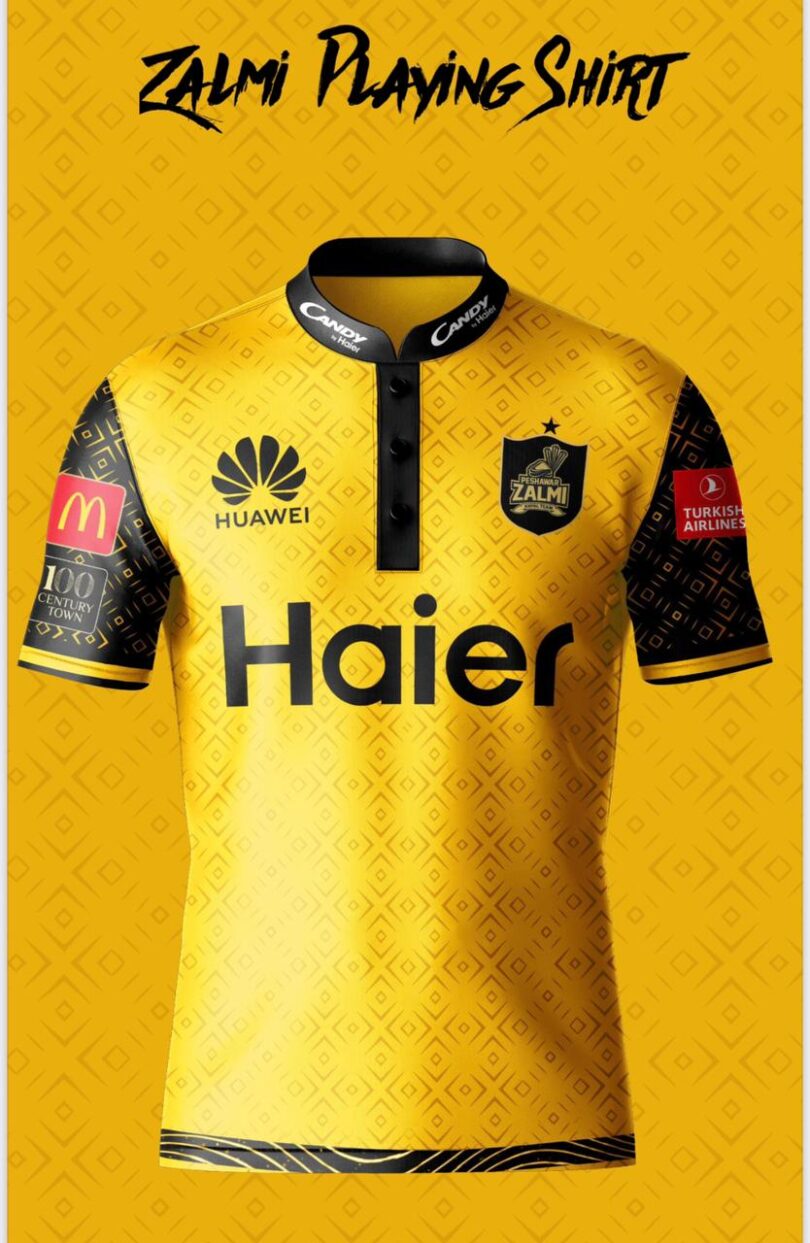 PESHAWAR: Peshawar Zalmi unveiled its kits for the eighth edition of Pakistan Super League, which is available for pre-order today. In collaboration with Gym Armour and Red Bull Records, the Kit Reveal Video showcases Babar Azam in a fashion like never before.
Peshawar Zalmi has deeply focused towards the passion points of its fanbase and with music and fashion being the foremost ones along with sports, collaborating with Gym Armour and Red Bull Records was a natural partnership altogether. 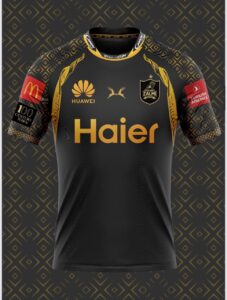 ‘’Peshawar Zalmi has meticulously crafted its series of partnership. With an increasing fanbase, consistent performances on the field and getting record brand & media evaluation from Nielson Sports and YouGov both, it makes sense for Peshawar Zalmi to work with the market leaders of every category that gel well with the passion points of our fans. The Kit Reveal Video is a reflection of that, forming a mix of music, sports and fashion altogether.’’, said Mr. Nausherwan Effandi, CCO Peshawar Zalmi.

Inspired by the contemporary and progressive nature of the brand Peshawar Zalmi is, the Home Kit is an elegant combination of tuscany yellow with a classic and complementing addition of black. The bold yet minimalistic design is reflective of the contemporary design philosophy practised by Peshawar Zalmi. The colour yellow is symbolic to the loyal and intensely passionate fanbase of Peshawar Zalmi – The Yellow Storm. 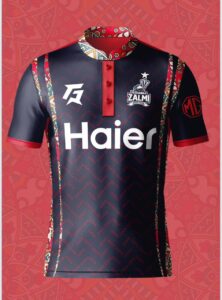 The front of the jersey features a mandarin collar in black, and uniquely woven and embedded intricate geometric pattern in hues of lemon yellow, each clustered together, symbolizing the connection Peshawar Zalmi holds with its fanbase. The geometric alliance gets bolder on the sleeves, further accentuating the black base. To oomph the character of the silhouette, details can be seen in the form of a yellow placket sewn against the sleeves. The hem of the jersey holds a sleek addition of fabric, with sinuous linear play in gold.

An imperative addition to the jersey is the badge of authenticity. Peshawar Zalmi has ensured the finest quality and authenticity for its fans. The emblem crafted in velvet holds the Peshawar Zalmi logo embedded into it with a sheen that adds to the element of authenticity.
The Training Kit for Peshawar Zalmi is a combination of dark values in indigo accompanied with vibrant chroma of crimson and tangerine. The kit is an ode to the city of flowers and the warm colour palette reflects its people. The jersey has a consistent textual print fraught over the base, with a linear disruption travelling on the sides, across the shoulders.

The Training Kit is a testament to the fact that Peshawar Zalmi is consistent with the fashion trends of the year. With popping hues and bolder prints taking over, Peshawar Zalmi ensured that the kits stand out to be statement pieces for the fans as well.

Peshawar Zalmi always has something in the pipeline and this year, the franchise has revealed the third kit, being the Alternate Kit for PSL Season 8. A classic, timeless, and elegant amalgamation of darker values of black and gold, the Alternate Jersey features a curated and meticulously sought deck of design elements. While staying true to the minimalist spirit, the alternate jersey features the horns of a markhor, the national animal of Pakistan and the mascot for Peshawar Zalmi as well. The uniquely crafted silhouette is further enhanced with the presence of a standing ban collar with ‘yellow storm’ on it. The attention to detail not only adds soul to the silhouette, but also character.

The kits were revealed in a video featuring Babar Azam with Sail by Awolnation as the official background score. The globally celebrated track was in collaboration with Red Bull Records. Upbeat, contemporary, and conceptual – the Kit Reveal Video featured Babar Azam in a fashion like never before and has left the Peshawar Zalmi fans immensely excited for what the brand has in store for them.

Peshawar Zalmi has introduced the narrative of sports being fashionable and cricket is more than a sport, but a national sentiment and Peshawar Zalmi is only making it better.Featuring Babar Azam with Sail by Awolnation as the official background score in collaboration with Red Bull Records, we see an upbeat, contemporary, and conceptual integration of Red Bull. Attired in Peshawar Zalmi Kits with bright and complementing accessories, the characters in the teaser are seen with cans of Red Bull in their hands.

Sail is the most commercially successful song by the band Awolnation. Featured in The History Chanel’s Vikings, and commercials by global brands such as BMW, the song is now a part of Peshawar Zalmi’s Kit Reveal Video courtesy of Red Bull Records. The band Awolnation has earned a diamond certification by the Recording Industry Association of America for the song Sail, that has been a mega-hit single and has crossed over 10 million units. It is the third independent release to have received this accolade.

Sail’s abrasive tone adds to the stormy atmosphere created in the video and has left the fans excited for the final release. Written by Aaron Bruno, the founder of Awolnation, the song carries symbolic meaning resting in the song is a representation of zest, determination, and passion and an honest expression of emotion. Gelling truly well with the Yellow Storm, the Kit Reveal Video has left the fans anticipated for what more Peshawar Zalmi will have in store for its fan for the 8th Season of HBL PSL.