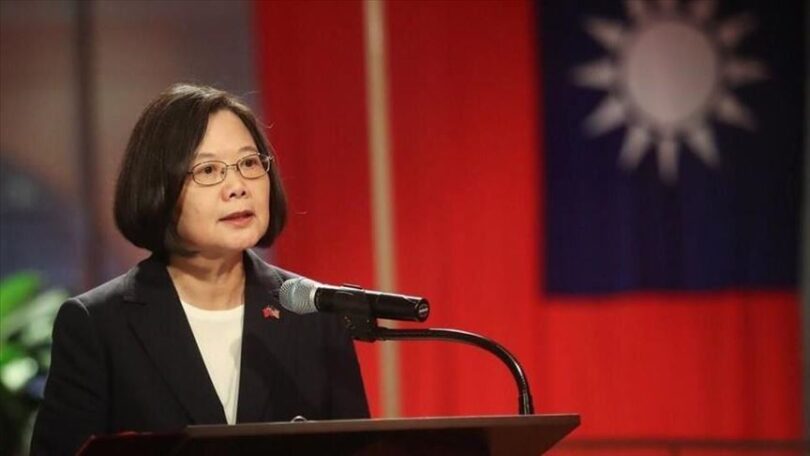 According to the media, Taiwanese President Tsai Ing-wen has expressed her nation’s willingness to assist China to deal with its COVID-19 upsurge after Beijing eased its hardline approach last month. In her new year message, Taiwan’s leader told her staunch rival that her countrymen are willing to provide necessary assistance to China if needed, so more Chinese can better fight the pandemic and have a healthy and peaceful new year. According to Tsai ZING-wen, war is not an option to solve problems, while dialogue, cooperation, and the common goal of fostering peaceful development and regional stability can bring security and happiness to their people.

The Republic of China (Taiwan) and the People’s Republic of China (PRC) are not on friendly terms since the pro-west Tsai Ing-wen assumed the office of the Taiwanese President a few years ago. Beijing considers the self-ruled Island a breakaway province that has to join mainland China one day. Whereas, a vast majority of Taiwanese desire a sovereign status and democratic rule in their territory. The decades-long dispute has intensive after, the US House Speaker Nancy Pelosi and British lawmakers visited the Island nation in August last year, that enraged Chinese authorities who consider western diplomatic incursion fatal for the Chinese influence on the self-ruled Democratic Island.

Recently, China abandoned its restrictive zero-COVID policy after nearly three years, ending snap lockdowns, contact tracing, scrapping mandatory testing and quarantine that led to a sudden outbreak of the pandemic and an unprecedented wave of infections spread out across China and over one million Chinese likely to contract the infection. The Chinese government withdrew all restrictions for in and outbound travelers. After the latest upsurge in the pandemic, several other nations including the United States, Japan, and South Korea imposed a ban on Chinese travelers due to the fear of the epidemic. The Taiwanese Supremo expressed grief out of humanity but her feelings were to unlikely change the plan of the aggressor who does not care about the virus but is a resolute challenger of Taiwan’s independence.