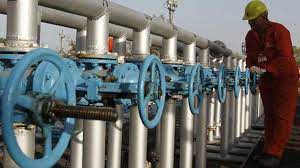 ISLAMABAD: The government has released funds amounting to Rs296.10 million to advance nine ongoing petroleum-related projects during the first five months of the current fiscal year under the Public Sector Development Programme (PSDP 2022-23) against a total allocation of Rs1.48 billion.

Out of the total disbursement of Rs296.10 million, around Rs19.40 million have been spent on petroleum projects to accelerate oil and gas exploration activities during a five-month period (July-November 2022), according to official data available with APP.

As per the PSDP document, the incumbent government had earmarked Rs150.560 million for the establishment of the National Mineral Data Centre (NMDC) Directorate General of Minerals, Rs303.700 million for expansion and up-gradation of Pakistan Petroleum Corehouse (PETCORE) for its sustainable operations to facilitate oil and gas exploration research in Pakistan (HDIP), Rs100 million for Geological Mapping on 50 Toposheets, out of 354 unmapped Toposheets of Outcrop Area of Balochistan Province, Rs70 million for Legal Consultancy Services for drafting of Model Mineral Agreement and updating of Regulatory Framework (Federal and Provincial Minerals/Coal Departments) and Rs 200 million for Pakistan National Research Programme on Geological Hazards (Earthquakes and Landslides) – Data Acquisition along Active Faults and Identification of Potential Landslides Hotspot Zones.