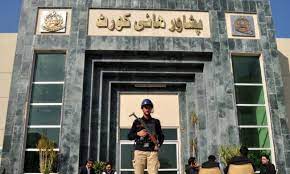 The counsel for Prof. Dr. Yaseen Iqbal, Dean faculty of numerical and physical sciences, University of Peshawar Saifullah Mohib Kakakhel appeared before PHC. The petition was de notified as dean by Governor KP after recommendation of Chief Minister.

The counsel argued that the removal of dean is interference of political bodies in the autonomy of the University, wherein the political personalities want to accomodate their blue eyed to sustain their power.

The counsel argued that the order is illegal, without lawful authority and stinks of nefarious designs on part of the chancellor/governor.

On the other hand Khalid Rehman Advocate appeared on behalf of University along with Riaz Khan Deputy Registrar and newly appointed dean Prof. Dr. Qamar Ur Zaman and Additional Advocate General, KP represented/ defended the act of government. The bench controverted the counsel for respondent that whether the Act of 2012 and basic principle which is giving opportunity of being hear has been followed? The answer was “No”.

The counsel for petitioner argued that the appointment after de-notification of petitioner is also illegal on the ground that as per Act of 2012 and schedule III a proper procedure has been laid down and it has not been followed, therefore the divisional bench after hearing both the parties accepted constitutional petition by declaring both the notifications of de-notification of petitioner (Prof. Dr. Yaseen Iqbal) and appointment of new dean (Prof. Dr. Qamar Uzaman) as against the constitution.