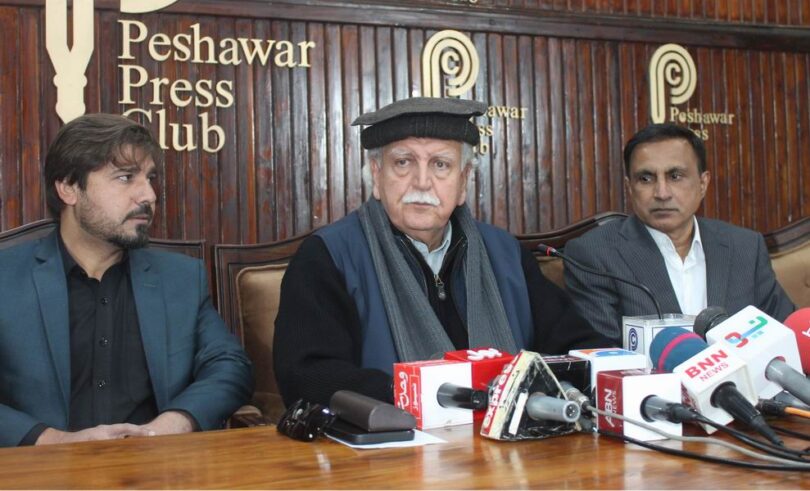 PESHAWAR: Former federal minister for petroleum and natural resources, Anwar Saifullah Khan has said that the PTI chief Imran Khan has disappointed the whole nation and particularly the youth, who were his blind followers.

Speaking in a meet-the-press Programme arranged under the auspices of Peshawar Press Club (PPC) here on Wednesday, he said that electoral promises of the PTI chief regarding the construction of 5 million houses and generation of 10 million employment opportunities have proved nothing else than rhetoric.

The former federal minister said that the PTI during its rule of over three years had miserably failed to deliver and spent energy on the victimization of political opponents in the name of accountability.

He said that the policies of the PTI government has plunged the country into a severe economic crisis and to bring it out of the prevailing situation, all political parties are required to sign a ‘Save Pakistan or Charter of Economy’ and also make it part of the constitution of Pakistan to bound all governments of future for its implementation.

The senior politician was critical of the dissolution of two provincial assemblies by the PTI chief and said that it was better for the assemblies to complete their constitutional period and termed early elections a loss to both the nation and public exchequer. (APP)