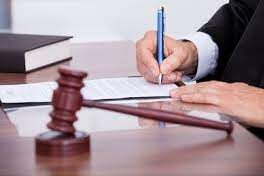 According to prosecution accused Jahanzeb has issued alleged fake cheque of Rs50 million in business dispute while First Information Report was registered against him on 21st October 2022.

The counsel for petitioner Danyal Khan Chamkani Advocate informed that Jahan Zeb was convicted by Peshawar’s magistrate for three years of imprisonment along as well as imposed Rs1 million fine in the offense. He added that District Session Judge has already turndown acquittal petition and the petitioner approached PHC for relief.