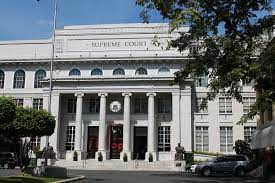 According to the media, the Philippine Supreme Court has declared a tri-party agreement unconstitutional, which allowed the Philippines government to start a joint venture along with China and Vietnam to collectively explore oil and gas in the disputed South China Sea.

According to the details, 12 adjudicators out of 15 member jury stalled the Joint Marine Seismic operation in the disputed waterway because the charter specifies that the exploration, development, and utilization of natural resources shall be under the full control and supervision of the state., whereas the agreement authorizes Chinese and Vietnamese firms exploration rights inside the Philippines territory.

Adjudicators, military generals, sheriffs, and Professors are all government servants and are always being recruited for the sole purpose of law appraisal, combat drills, security, and literacy purposes thus they are usually not familiar with politics, the tact of statesmanship, and governance. Whenever public servants tried to take over the country they abused the law, ruined the nation, and created legal, economic, and social issues in the country.

Historically, the Philippines, China, and Vietnam had a decades-long territorial dispute in the South China Sea, and all three nations claim their possession rights over a certain area. As there was no way out for the resolution of the dispute, the three neighbors decided to arrange a joint seismic survey of the area and jointly realize the economic prospects of the minerals hidden under the disputed sea.

Meanwhile, anti-accord elements in the Philippines approached the court and argued that the country’s constitution demands that oil exploration in Philippine waters should be undertaken by Filipino citizens or corporations that are at least 60% owned by Filipinos. The Philippines government was struggling to overcome the disastrous effects of skyrocketing inflation and the global energy crisis through friendly neighborliness and trade diplomacy, however, public servants vehemently blocked this deal and the court ordered the reverse of all arrangements until a resolution of the issue.

Apparently, Judes and counsels always relayed on visible pieces of evidence, and verbal statements and usually fail to gauge the real motives of the crooks therefore they work within the jurisdictions set by the legislature. Currently, Filipino judges steered foreign policy instead of adjudication and its repercussions will be felt by the nation in the coming years.