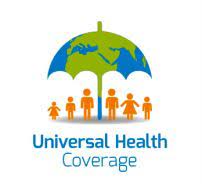 Pro-public governments always make endeavors to provide essential health services to their citizens in an equitable manner. Being a security state and resource-deficient nation, no Pakistani government gave due importance to public health and well-being while the health budget never accede 2 percent of the GDP throughout history.

Realistically, Universal Health Coverage was the only way to guarantee the socioeconomic well-being of the whole nation in the context of health. The provision of essential health coverage had been an important point of the political manifesto of almost all political parties, however, due to a lack of resources and visionary leadership, state-owned universal health coverage has been a mere slogan of successive governments in the country. Pakistan has joined the Universal Health Coverage 2030 Global Compact in 2018 as a part of the Country’s Sustainable Development Goals (SDGs).

Realistically, Pakistan is a country where health spending out space economic growth and security considerations of the Strategists, while the ratio of diseases and demand for improved health grows every passing day.

The nation has suffered immensely due to the politically motivated policies of its rulers in the past decades. Currently, the global community is ready to provide all technical and advisory support to Pakistan to comprehend the Country’s goals regarding Universal Health Coverage, thus the political leadership must set its priority to provide relief to the public amid dire health exigencies and financial constraints.