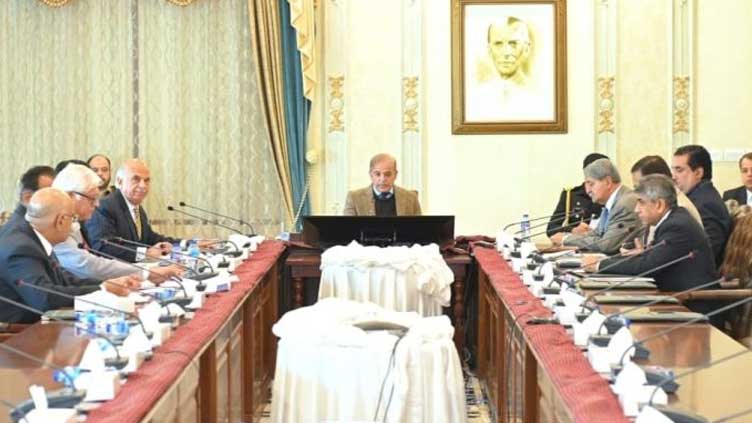 ISLAMABAD (APP): Prime Minister Shehbaz Sharif on Thursday directed the authorities concerned to complete the solarisation of the government buildings before the onset of summer season.
The prime minister, chairing a meeting to discuss the promotion of solar energy, said the utilization of solar energy was inevitable to improve the economy by reducing import bill of the fuels.
Calling for the promotion of solar energy by the private sector, he instructed all the departments to expedite the process of transparent bidding for establishment of solar power plants.The solarisation of the government buildings would also reduce the electricity bills as it was a mode of clean and cheap electricity.
The prime minister was briefed that the Federal Cabinet had already approved a framework for the generation of electricity through solar energy instead of the costly imported fuels.
Moreover, the National Electric Power Regulatory Authority would define the tariff for mega solar projects by the end of current month which would follow the bidding from the investors.
It was told that three solar power plants were being planned including a 1200MW project in Layyah, and of two 600MW each in Muzaffargarh and Trimmu.
The prime minister was also briefed on the vision of converting countrywide buildings to solar energy. It was told that an expert consultant had been hired for the solarisation of government buildings.
Prime Minister Shehbaz said a centralized and transparent procurement should be opted by all the federal departments.
The process should be started from the Federal Government buildings in Islamabad.Federal ministers Ishaq Dar, Syed Naveed Qamar and Engineer Khurram Dastgir, Advisor Ahad Cheema, and special assistants to the PM Muhammad Jahanzeb Khan and Tariq Bajwa, and senior government officers attended the meeting.