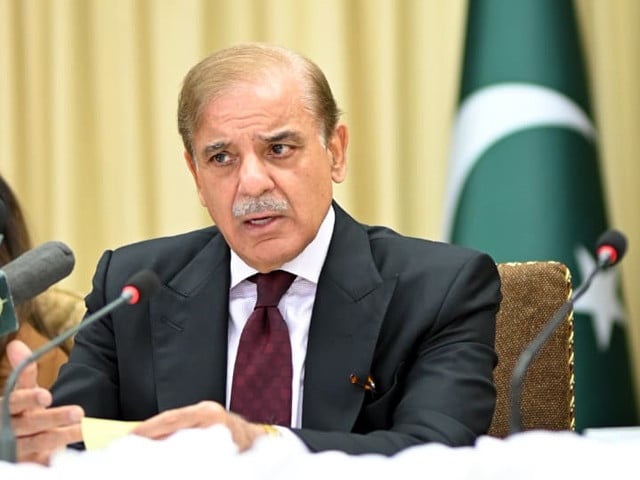 F.P. Report
ISLAMABAD: Prime Minister Shehbaz Sharif on Monday, taking strong notice of the major breakdown of electricity across the country, set up a high-level committee to find out the cause.
The prime minister also sought urgent report from Federal Minister for Energy Engineer Khurram Dastagir on the matter. He emphasized for finding the pitfalls that led to the electricity breakdown and stressed fixing the responsibility. Shehbaz Sharif ordered swift measures to restore electricity, saying that inconvenience to the general public would not be tolerated.
Shehbaz prays for early recovery of injured Sherry Rehman: Prime Minister Shehbaz Sharif on Monday prayed for early recovery of Minister for Climate Change Sherry Rehman.
The prime minister expressed sympathies and good wishes for the minister who underwent a surgery for her injured hand. He prayed to Allah Almighty for the early recovery of the minister to enable her resume official responsibilities at the earliest.
PM felicitates Mohsin Naqvi: Prime Minister Shehbaz Sharif on Monday extended felicitations to Mohsin Naqvi on his appointment as the caretaker chief minister of Punjab.
The prime minister in a statement welcomed the decision of the Election Commission of Pakistan (ECP) and expressed confidence that all requisites for holding a free, fair, and impartial election would be fulfilled. “As the President of the Muslim League (Nawaz), I welcome the appointment of Mohsin Naqvi and pray that he succeeds in fulfilling this responsibility as per law and constitution,” he said.
The ECP on Sunday appointed Mohsin Raza Naqvi as the caretaker chief minister of Punjab. A meeting of the ECP presided over by Chief Election Commissioner Sikandar Sultan Raja picked Naqvi from among four nominees – two from the government and two from the opposition – already received by the ECP.
Two candidates were nominated by the Pakistan Muslim League – Nawaz (PML-N) and allies, and as many by the coalition government of Pakistan Tehreek-e-Insaf (PTI) and Pakistan Muslim League – Quaid-e-Azam (PML-Q), led by former chief minister Chaudhary Pervez Elahi. The ECP finalised the name of Mohsin Naqvi after keenly observing and discussing the profiles, performances, and other details of the four nominees, namely Mohsin Naqvi, Ahad Cheema, Ahmed Nawaz Sukhera and Naveed Cheema.