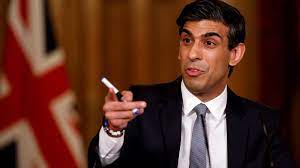 The Prime Minister said he looked forward to building on the close relationship between the United Kingdom and New Zealand, including through the youth mobility scheme and joint science and research programmes.

The leaders discussed shared challenges in the Indo Pacific, and reflected on the importance of economic stability and resilience to growing strategic competition.

The UK’s accession to the CPTPP Pacific trade bloc demonstrated our commitment to the region, the Prime Minister added.

Discussing Ukraine, the Prime Minister thanked Prime Minister Ardern for the country’s important contribution to the training of Ukrainian Armed Forces in the UK, and said New Zealand’s involvement sent a strong signal across the world. The leaders also shared their condemnation of Iran’s ongoing support to Russia’s illegal invasion, including through the provision of drones.

Both agreed to stay in close touch and looked forward to following the FIFA Women’s World Cup in Australia and New Zealand next year.