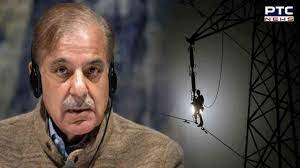 ISLAMABAD: Prime Minister Shehbaz Sharif has expressed his regrets for the inconvenience suffered by the citizens due to countrywide power breakdown.

In a tweet uploaded on Tuesday, Shehbaz Sharif said he had ordered a high-level inquiry to ascertain the reasons of this massive power failure. “Responsibility will be fixed,” he added.

The Federal Cabinet also took up the issue at its meeting in Islamabad on Tuesday.

Energy Minister Khurram Dastgir presented a report on the power failure to the cabinet members who were furious over such a large-scale inconvenience to the public.