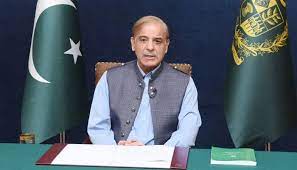 ISLAMABAD: Prime Minister Shehbaz Sharif has categorically stated Pakistan will adopt zero tolerance policy for terrorists challenging its writ while making it clear that peace is non-negotiable, on Tuesday.

Prime Minister Shehbaz who chaired the National Security Conference which held two rounds on Friday and Monday, informed on his Twitter handle that “NSC took some major decisions yesterday after hours-long deliberations. Two of them stand out: State of Pakistan will adopt zero tolerance policy for terrorists challenging its writ. Peace is non-negotiable. Two, economic roadmap will revive economy & provide relief to the people.”

According to a press release issued after yesterday’s NSC meeting, it was decided in the moot that “terrorism will be dealt with full force of the state. Pakistan’s security is incompressible and the full writ of the state will be maintained on every inch of Pakistan’s territory”.

The forum was apprised of the security situation of the country with a particular focus on recent terrorist incidents in Khyber Pakhtunkhwa and Balochistan.

The prime minister emphasized that the war against terrorism would be led by federal and provincial governments as per National Action Plan in accordance with National Internal Security Policy with people-centric socio-economic development as a priority while the armed forces would provide resolute deterrence and secure conducive and enabling environment.

He said the provincial apex committees were being revived in full earnest and law enforcement agencies especially the counter-terrorism departments would be brought up to the required fighting standards with requisite capabilities.

The forum concluded that no country would be allowed to provide sanctuaries and facilitation to terrorists and Pakistan reserved all rights in that respect to safeguarding its people.

The committee underscored that comprehensive ‘National Security’ revolved around economic security and that sovereignty or dignity came under stress without self-sufficiency and economic independence.

The forum undertook a comprehensive view of the ongoing economic situation vis-à-vis challenges being faced by the common people of Pakistan, particularly the lower and middle-income classes.