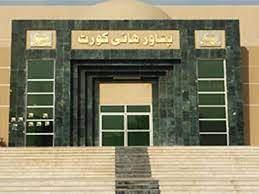 PESHAWAR (Agencies): The Pakistan Muslim League-Nawaz (PML-N) has challenged the Aircraft, Helicopter bill approved by the Khyber Pakhtunkhwa (KP) Assembly in Peshawar High Court. The bill regarding the use of government-owned helicopters has been challenged in court by MPA Sardar Yousuf, PML-N parliamentary leader in the KP Assembly. The provincial government and chief secretary were made respondents in the petition.

The bill was passed amid serious controversy and opposition protest. The opposition contented that the law would allow everyone to use aircraft, and helicopter at public expense like a cab or rickshaw. Sardar Yousuf argued that the amendment to the laws was made illegally. No one, including Imran Khan, would be allowed to use public money, he said, adding that the bill was approved as the PTI was in majority in the provincial assembly.

He contended that any legislation with retrospective implementation is unconstitutional and in the case of the Aircraft, Helicopter bill since it was drafted for providing protection to PTI Chairman Imran Khan and his several cronies for callously using KP government’s helicopter for several years despite any legal authority and entitlement. He argued that the provincial government had provided legal shelter to the use of provincial government-owned helicopters since 208 through the bill. He said it had also allowed renting out the helicopter for commercial use.

The petitioner pleaded with the court to declare the law null and void. Pertinent to mention Last month, KP Governor Haji Ghulam Ali signed the bill despite having reservations on it. He also wrote a dissenting note, saying he was not satisfied with the bill. He is of the view that the bill was approved by the PTI-led provincial government just to protect the past use of the helicopters by Imran Khan.