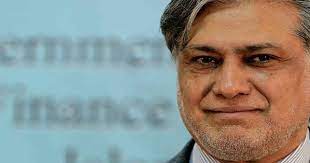 ISLAMABAD (Agencies): An accountability court (AC) in Islamabad has unfrozen Finance Minister Ishaq Dar’s bank accounts in assets case. As per details, the court has issued the written verdict on the assets beyond known sources of income case.

Dar’s assets were unfrozen after the amendments to National Accountability Bureau (NAB) laws. The written verdict stated that the AC takes back the court’s 2017 order to freeze the finance minister’s assets. Now Dar has surrendered and the trial is also not in the court’s jurisdiction anymore. So hereby the accountability court judge Muhammad Bashir ordered to unfreeze of all the assets of finance minister Ishaq Dar.

It is pertinent to mention here that an accountability court ordered to freeze of Dar’s assets after his continuous absence from the court proceedings in the case. A reference against Ishaq Dra, Saeed Ahmed, Naeem Mahmood, and Mansoor Raza Rizvi was filed in 2017.
During the trial of the case statements of 42 witnesses were recorded. Dar left the country in November 2017 on the pretext of seeking medical treatment in London. Finance minister Ishaq Dar had earlier been declared a proclaimed offender by the accountability court (AC) due to his continuous absence from the proceedings.