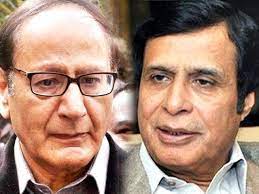 Mr Elahi was served with a show-cause notice by the president and a reply was sought within seven days. The notice stated that a provincial president was not authorized to merge the party with another party. “Therefore, you are asked to submit your response over this unconstitutional act”, the notice added.

Earlier, Mr Elahi and his son Moonis Elahi had called a meeting of the PML-Q after the PTI chairman Imran Khan offered Mr Elahi to join the PTI.

The former premier Khan had invited CM Parvez Elahi to join his party. Moonis Elahi was reportedly ready to merge his party into the PTI, and many former members of the Punjab Assembly from the PML-Q also were supporting this decision.