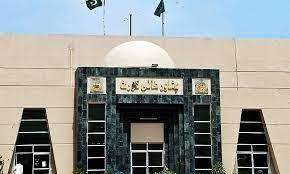 Humayun Khan
PESHAWAR: A divisional bench of Peshawar High Court (PHC) comprised of Justice Musart Hilali and Justice Abdul Shakoor has granted status quo on appointment of Chief Executive Officer (CEO) Peshawar Electricity Supply Company (PESCO) and ordered federal government to reply till 26th January, on Thursday.
The appointment is challenged by Chief Executive Officer PESCO Engineer Gul Nabi while counsel Ghulam Mohi-u-Din Malik Advocate informed that petitioner was appointed on 6th September 2022 for three years and several tasks were granted to him which was fulfilled successfully by the CEO.
CEO has increased recovery to 95% which was every low at the time of his appointment while line-losses were decreased from 42% to 36% and several reforms were introduced in various sections of PESCO, the counsel argued. The counsel informed that the petitioner was directed to improve his services within three months to pave way for political engineering to de-seat the CEO and added that due to recent flood PESCO has diverted attention towards rehabilitation rather than recovery.
The counsel Ghulam Mohi-u-Din Advocate argued that the trap has set to appoint Engineer Arif Mehmood Sadozai posted at Islamabad because he is brother of former PESCO’s chief and belonging to constituency of powerful politicians from Khyber Pakhtunkhwa.
The counsel added that appointment of irrelevant officer on parachute in PESCO will created agitation among employees and added that a summary is concluded in this regard which will be placed before federal cabinet for approval then Engineer Arif Mahmood Sadozai will be posted as CEO which is illegal and unconstitutional.
The divisional bench of PHC comprising of Justice Musart Hilali and Justice Abdul Shakoor granted status quo on appointment of CEO while ordered federation and PESCO to submit reply till 26th January.

F.P. Report
PESHAWAR: A divisional bench comprising of Chief Justice Peshawar High Court (PHC) Justice Qaiser Rashid and Justice Ijaz Anwar ordered Secretary Food to submit comprehensive report on price hike and availability of flour till 19th January, on Thursday.
During hearing counsel for petitioner Danyal Chamkani Advocate, Additional Advocate General Syed Sikandar Shah, Secretary Food Mushtaq Hussain, Director Food Yasir Hussain, Additional Attorney General Amir Javeed and Additional Deputy Commissioner Sania Safi along with appeared before court. Secretary Food informed that Khyber Pakhtunkhwa is producing 13 lac matric ton wheat while annual consumption stands at 51 lac matric ton that is why the government is obtaining wheat from open through PASCO and especially from Punjab. He added that there is no shortage of wheat but the problems emerged due to price-hike in Punjab’s market. In the meantime, Chief Justice Qaiser Rashid observed that people are deprive already from electricity and gas and now public is roaming on road for flour neither for luxurious items. Additional Attorney General Amir Javeed argued that federation doesn’t suspending wheat supply to province because recently six lac matric tons wheat were provided to Khyber Pakhtunkhwa while further supply is in pipeline and Additional Secretary National Food Secretary along with Commissioner Food appeared before court.
Ali Gohar Advocate informed that PHC that the prices declared by Secretary Food is right but in independent inquiry it is found that Punjab Police and Food Department personnel receiving bribe openly from trucks carrying vehicles in bright daylight. However, Secretary food claimed wheat quota of several mills were cancelled and fines were imposed against them. He claimed that prices should be decreased in upcoming days and requested for sometime for submission of comprehensive report. The divisional comprising of Chief Justice PHC Justice Qaiser Rashid and Justice Ijaz Anwar declared that court will issue orders to Chief Secretary for forwarding to all Deputy Commissioner while ordered Secretary Food to submit detail report in this regard till 19th January.