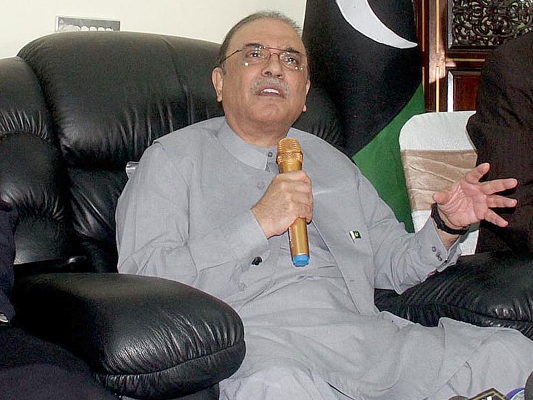 ISLAMABAD (APP): A delegation of Pakistan Peoples Party Gilgit Baltistan, consisting of parliamentary and organising committee members led by the opposition leader in GB assembly and president PPP as well, called on Asif Ali Zardari at Zardari House.
The delegation included PPP GB General Secretary Engineer Muhammad Ismail, Senior Vice President Jamil Ahmed, provincial Secretary Information and member GB assembly Sadia Danish, Vice President Bashir Ahmed, Member assembly Ghulam Shahzad Agha, member GB Council Ayub Shah, and Deputy General Secretary Advocate Atiq ur Rehman, said a news release.
The delegation enquired about the health of Asif Zardari and appreciated his positive role in country’s politics.
During the meeting, the political situation in the country and the GB were also discussed. On the occasion, Asif Ali Zardari said that there is a close relationship of the party with Gilgit Baltistan and the PPP has always taken measures in the development of GB including resolving GB’s constitutional and organisational issues. The PPP will continue to serve the people of GB in future as well. He said that there are a lot of health issues in GB specially an increase in heart patients in GB which is a great concern. Hence, a modern hospital of heart diseases will be established in GB.
Asif Zardari instructed the delegation to keep in contact with the people of GB and raise their issues.
He said that the party is deeply rooted in the province and will continue to fulfil the dreams of the people of GB.
The Secretary General of the PPP, Nayyer Hussain Bukhari was also present during the meeting.