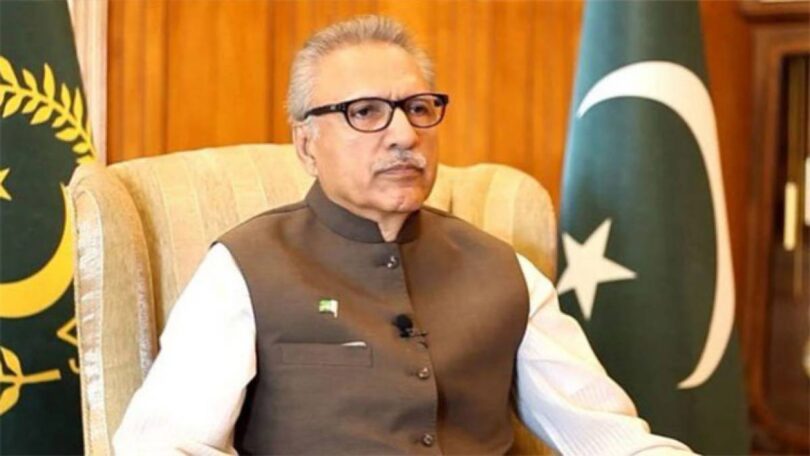 F.P. Report
ISLAMABAD: President Dr Arif Alvi on Tuesday gave his assent to Pakistan Institute of Medical Sciences Bill 2022. The bill provides for repealing the Federal Medical Teaching Institute Act 2021.
Earlier, the president, under Article 75 (1) (B) of the Constitution, had returned the bill on November 8, 2022 for reconsideration. The parliament had passed the amended bill in its joint session on December 20, 2022. The president gave his assent to the bill under Article 75 of the Constitution.
Meanwhile, the President Dr Arif Alvi on Tuesday expressed his displeasure over callous and heartless act of the Federal Urdu University of Arts, Science and Technology (FUUAST) to withhold the issuance of a transcript and degree to a BBA student due to procedural hiccups between the university and Pakistan Bait-ul-Mal (PBM).
While rejecting the representation against the decision of the Wafaqi Mohtasib (WM), the president directed PBM to redress the grievances of the aggrieved student. He directed FUUAST to issue the degree and transcript to the student within 15 days. The president observed that the university was well aware that the student was pursuing his education on a need-based scholarship under the Ehsaas Scholarship Programme paid by PBM directly to the University.
But instead of resolving the late fees payment issue with PBM, the FUUAST unfairly and unjustly withheld the issuance of degree and transcript to the student who had no role in the payment of fees. President Alvi upheld the Wafaqi Mohtasib order wherein the Mohtasib had remitted the impugned matter to the PBM chairman for its resolution directly with FUUAST and notwithstanding its resolution, issue the transcript and BBA degree to the aggrieved student.
As per details, student Abad-ur-Rehman (the complainant) had preferred an appeal seeking interference of WM for issuance of the BBA degree and transcript which was withheld by FUUAST due to non-payment of outstanding dues of Rs 122,500 which was payable by PBM directly to the FUUAST without any involvement of the student. Wafaqi Mohtasib passed the order in favour of the student. The PBM, however, preferred a representation before the president against the WM’s order, which was rejected by the president.