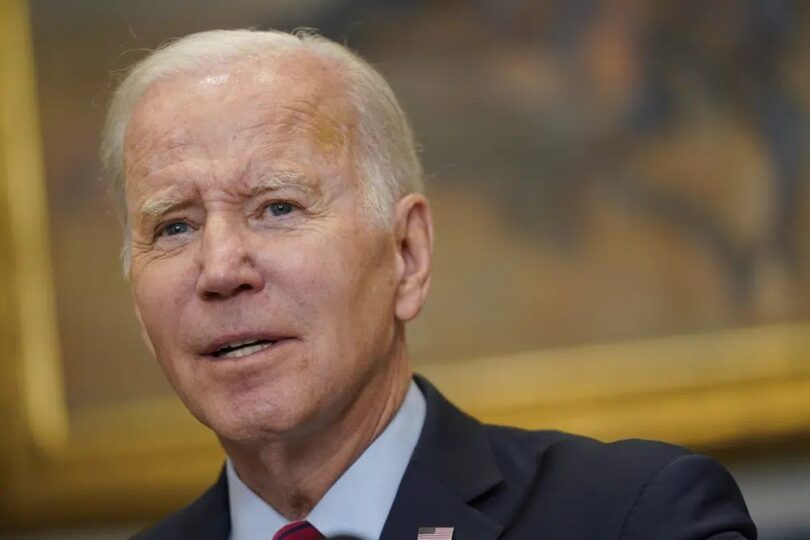 President Biden is expected to announce he will run for reelection in the coming weeks after spending some time consulting with his family and his closest advisers over the holidays.
Many of those advisers have been by Biden’s side for years — if not decades — making up his all-important brain trust.
Who is Biden leaning on as he revs up for another run?
Ron Klain
Biden’s chief of staff has the most outward visibility of anyone in his inner circle.
He has a constant presence on Twitter and routinely makes the rounds on cable and network news and with good reason: He not only has a mastery of Biden’s politics and policy, but most importantly he is entrenched in every part of the operation at the White House, Biden allies say.
Klain has kept a steady ship at the White House even during the rockiest of times. Biden’s Cabinet is the same at the two-year marker as it was at the start, and the West Wing has seen very little turnover in the first couple of years.
He’s also the one who has dropped the biggest hints to date about Biden’s intentions: “I expect the decision will be to do it,” Klain said last month at the Wall Street Journal’s CEO Council Summit.
Steve Ricchetti
The White House senior adviser is known as the “Biden whisperer.” But in many ways, he’s also the president’s chief dealmaker in key moments on Capitol Hill — including the big infrastructure deal in 2021.
“He was the closer for us, full stop,” said one Biden ally. “He knows the president, the president trusts what he says. But he also earned the trust of folks on the other side of the negotiating table too.”
Having served as chief of staff to Biden during his time as vice president and chief strategist during the 2020 presidential campaign, Ricchetti understands how to frame a potential race for Biden and what he might be up against.
“He’s the Biden whisperer because he has a sense of what the landscape looks like,” one donor said.
Mike Donilon
At the end of the year, Biden’s senior adviser — who has been by the president’s side since 1981 — circulated a memo to “inte-rested parties” about the successes of the administration in its first two years, something that sent a clear message about the president’s political prospects.
In the memo, Donilon, who is known for the major role he plays in speeches a-nd the overall spoken word disseminating from the W-hite House, made the case for why Biden should run again.
“In November, the President and the Democrats saw an historic midterm outcome — far stronger than the disastrous ‘Red Wave’ that had been predicted,” Donilon wrote.
“The result has been a strong jolt of momentum for the President as we move into the New Year. Just look at the results. Democrats gained Governors seats, flipped state legislatures, won crucial Secretary of State races, and held key districts in the House of Representatives. And President Biden became the first President since FDR in 1934 to not lose a single incumbent United States Senate seat,” he said.
Donilon and other aides have been working on Biden’s State of the Union for weeks, and it’s expected to be a guide for what the president will tout on the trail should he decide to run again.
Anita Dunn
The prominent communications adviser knows Biden’s style and his messaging arguably better than almost anyone else.
Dunn is credited with steadying the ship during Biden’s tumultuous 2020 campaign and has been an invaluable player at the start of Biden’s presidency.
“She’s been there for all the key moments, and that’s no coincidence,” the Biden ally said. “Her counsel matters a lot to the team and to the president and I’m sure he’s listening carefully to what she’s advising on his next steps.”
Jen O’Malley Dillon
The White House aide has been one of the few outsiders to crack Biden’s inner orbit after serving as his general election campaign manager.
In the halls of the West Wing, O’Malley Dillon, who serves as a deputy chief of staff, has been quietly laying the groundwork for another political run along with other aides.
She has been speaking with interest groups to keep them engaged and working on expanding the digital strategy for 2024.
In an interview with The Washington Post last month, she said, “The idea is not just to meet people where they are, but it’s to meet people everywhere they are.”
Biden allies say she knows what a second run will entail for Biden and is a major part of the launchpad for another run.
“She knows exactly what to expect,” one ally said.