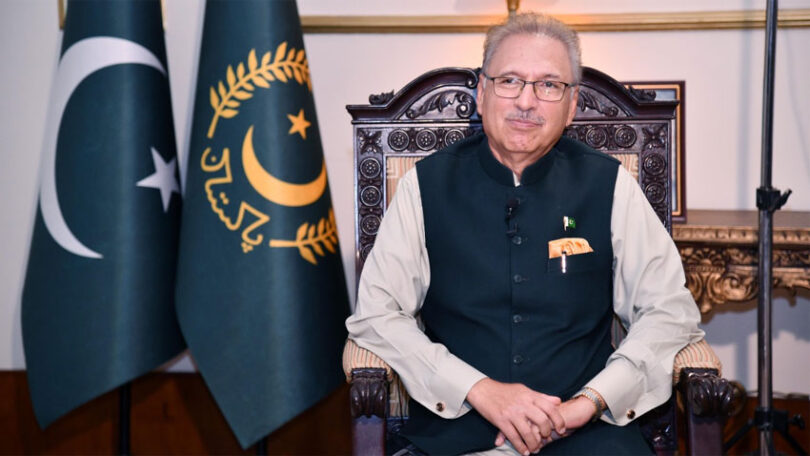 ISLAMABAD (APP): President Dr Arif Alvi has upheld the orders of the Wafaqi Mohtasib (WM) to grant COVID Health Risk Allowance to 37 employees of the National Institute of Rehabilitation Medicines (NIRM) and Federal Government Services Hospital (FGSH) who had been deprived of the allowance earlier as being declared non-clinical.
The president gave this decision while rejecting a representation of the Ministry of National Health Services, Regulations and Coordination (the Agency) against the order of the Mohtasib recommending it to move a fresh summary to the Prime Minister Secretariat for grant of risk allowance to the complainants.
The president in his decision observed that in August 2021, the Agency had provided funds to Federal Government Hospitals/entities to grant COVID Health Risk Allowance to clinical staff and that the Federal Government Polyclinic Postgraduate Medical Institute, Islamabad was also one of the beneficiaries of the fund.
He observed that in 2020, all employees were given COVID Risk Allowance, however, in 2021, 37 employees were deprived of the allowance as being declared non-clinical. He noted that the Executive Director had recommended the Agency grant the allowance to the remaining 37 employees as all clinical and non-clinical staff worked in the same risky environment, and were equally vulnerable and exposed to infection without any exception.
The president, in his decision, further highlighted that it was a reality that both clinical and non-clinical employees in the hospital were vulnerable and performing duties within the same premises and environment without any exception.
He rejected the Agency’s view that the hospital staff had to work in a vulnerable environment usually, that it was the nature of their job, and that they were already drawing some exclusive allowances.
He also rejected the view that only the clinical staff were actively engaged by the hospital administration in various COVID-19 units during the pandemic. As per details, Maqbool Ahmad and others (the complainants) had lodged a complaint with WM that during the COVID-19 pandemic, they kept on performing their duties despite their vulnerability and risk of lives on the directions of the Heads of their Departments along with so many others. According to them, COVID Risk Allowance was paid to a number of employees who performed duties like them but they were discriminated against by being declared as non-clinical staff whereas both the clinical and non-clinical employees performed duties in their hospitals while being equally vulnerable to infection.
Feeling aggrieved they approached the Mohtasib who passed the orders to grant the allowance to the complainants.The Ministry of Health, then, filed a representation to the president against the decision of WM. The president rejected the representation of the Agency and upheld the orders of the WM as maladministration on behalf of the Agency was established on the above-mentioned grounds.
Sacrifices of martyred security officials to be remembered forever: President Alvi: President Dr Arif Alvi on Wednesday said the sacrifices of the martyred security officials while ridding the country of terrorism would be remembered forever.
The president expressed these views as he spoke to the families of the martyred personnel of police and army. He talked to the family of Police Head Constable Syed Adeel Hasnain, who was martyred in the suicide blast at I-10, Islamabad.
The president also expressed his condolences over the telephone to the relatives of the soldiers of the Pakistan Army who were martyred in the explosion in Kohlu, Balochistan on December 25. He spoke to the family members of Captain Muhammad Fahad Khan, Sepoy Asgharuddin, Sepoy Muhammad Shamoon and Lance Naik Muhammad Imtiaz.
President Alvi said the entire nation was united in the fight against terrorism. He assured the families of the martyrs of all possible support from the government. The president paid tribute to the martyrs for their bravery, dedication for duty and sacrifice for the nation.