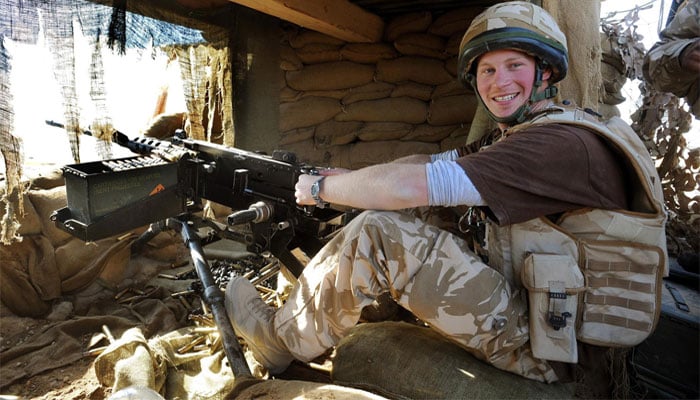 KABUL (ToloNews): Prince Harry has disclosed that he killed 25 people in his role as an Apache helicopter pilot during his second tour of duty in Afghanistan.
His remarks triggered widespread reactions.
Prince Harry, the Duke of Sussex described the killing of 25 people as “chess pieces taken off the board.” The deputy spokesman of the Islamic Emirate, Bilal Karimi, said it is a “small example” of humanitarian crimes committed by foreign troops in Afghanistan.
“This cannot be limited to the crime which is committed by one individual. The troops of every invader country have a brutal past in our country,” Karimi said.
Colonel Richard Kemp, a former British Army commander in Afghanistan, said that Harry’s remarks “undermines” the good work he did in the country.
“He is suggesting the British Army trains people, including him, not to see the enemy as human beings, which is very far from the truth,” he said. “The Army is extremely careful to differentiate between innocent civilians and fighters on the battlefield.” Harry has served two tours in Afghanistan. His first tour was from 2007 to 2008 and the second from 2012 to 2013.
The British troops were mostly stationed in the south of Afghanistan during their military presence.
“All the atrocities that have happened here have been kept secret. Even 95 percent of atrocities are committed by the foreigners in Sangin district and as long as we know, these atrocities have remained hidden,” said Esmatullah, a resident of Helmand.
“I was wounded three times. I was about to die during these three times of being wounded,” said Taaj Mohammad, a resident of Helmand.
Earlier, a senior member of the Islamic Emirate, Anas Haqqani said in reaction to Harry on Twitter that he doesn’t expect the International Criminal Court would summon Harry but “hopefully, these atrocities will be remembered in the history of humanity.”