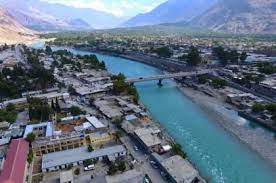 PESHAWAR: Experts have invited the private sector to invest in integrated tourism zones (ITZs) in Khyber Pakhtunkhwa to boost up tourism and strengthen the provincial economy.

Immense investment prospects are available in the integrated Tourism Zones (ITZs) that have been approved by the provincial government, says a senior official of KP Tourism and Culture Authority (KPT & CA) during speaking at an awareness seminar held in a hall of the Sarhad Chamber of Commerce and Industry (SCCI) on Thursday.

The sensitization seminar, which was organized by SCCI in joint collaboration with Khyber Pakhtunkhwa Culture and Tourism Authority (KPCTA) and Planning and Development Department (P&D), Govt of Khyber Pakhtunkhwa.

Shahid Hussain, senior vice president of the Sarhad Chamber of Commerce and Industry who chaired the session said in his opening remarks that the role of the tourism sector in economic development is vital across the world.

Senior office bearers said incalculable investment opportunities in the tourism sector, generally in the country and particularly in Khyber Pakhtunkhwa available, which needed to be tapped efficiently to boost up the provincial economy.

Mr Hussain emphasized the need for pragmatic steps for infrastructure improvement at tourists’ attraction sites, besides provision of better facilities to tourists and arrangements to attract more investors and tourists toward the tourism sector. He assured the officials that SCCI will play its due role to attract private investment in ITZs.

DG KPC&TA Bakhtiyar Khan during the session enlightened the participants about initiatives taken by his department for uplift of the tourism sector, especially Integrated Tourism Zones and urged the SCCI members and private investors to make investment in the ITZs.
He also invited the business community to ensure their participation in the upcoming roadshow organized by KPCTA in Islamabad, which is scheduled to be held on Jan19.

On the occasion, Umer Khattak, a senior official briefed the participants about ITZs in detail through his multimedia presentation and stated that initiatives have been taken for promotion of eco-tourism in KP where vast opportunities were available to promote digital tourism in the country.

Tourism sector contributes 3 percent to Pakistan’s GDP, which is growing gradually, the senior official said, adding that the sector has generated 3.6million jobs.

Essentially, he said the KP government has prioritized the tourism sector and made an increase by 600 per cent in the budget for uplift of the sector.

He said the country’s future highly dependent on public private partnerships (PPP), saying that KP portfolio in PPP is the second number with a ratio of 100 per cent after Sindh portfolio at first with 102 per cent followed by Punjab with 86 per cent.
On the occasion, the senior officials responded to various queries of the participants.