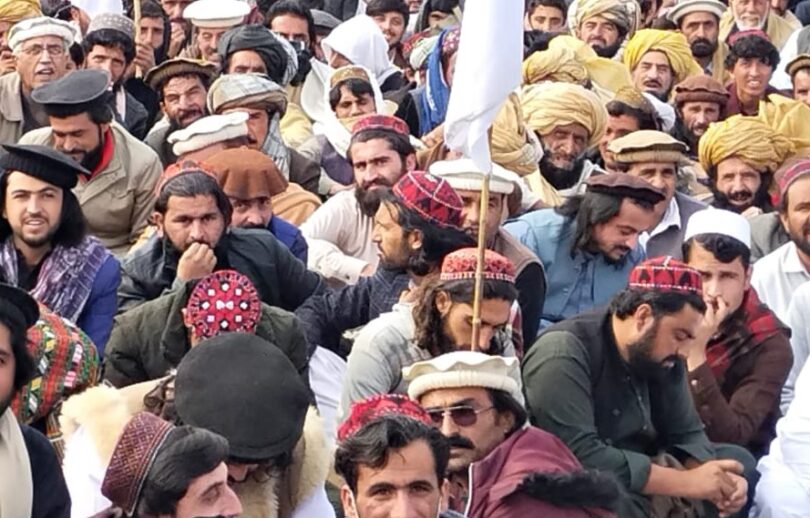 On the other hand, after the negotiations with the protesters, Assistant Commissioner Wana Yasir Salman Kundi gave his stance and said that their demands are legitimate and the protesters have a ten-point agenda, work is already underway on it. The district administration is making every effort to resolve the legitimate demands of the protestors and the problems faced by them as soon as possible, and all possible steps are being taken to establish peace.

Peace is the responsibility of the civil government, if the police is required to conduct a search operation or action on wanted persons or in a place, then action should be taken according to the law. If the police need the FC or the army, the police can take help under Article 126 of the Order 2002.

The erstwhile FATA has been merged into Khyber Pakhtunkhwa, all the provisions of the 1973 Constitution are applicable to the areas of erstwhile FATA. Therefore, apart from the constitution and law, peace committee, national army or 2007 agreement are not acceptable to us in any case.

Police checkpoints should be established in small and big bazaars located at Spin, Azam Warsak, Shakai, Angoor Adda, Zarmelan, Ragzai police stations. To give legal powers and privileges to the police, to restore the closed jobs of the special force and to ensure the attendance of the existing police force; FC should be deployed on emergency basis for the protection of police stations, police posts and police during patrolling.

To remove obstacles to trade on the Pak-Afghan border at Angoradah, and to allow Pakistani identity card holders to enter Angoradah Gate; The negotiation team of the protesters said that if our demands are not accepted, the protest will continue.