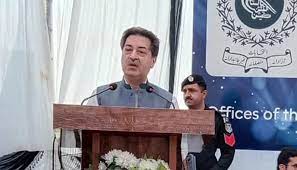 ISLAMABAD: The Pakistan Tehreek-i-Insaf has withdrawn its contempt of court petition against the chief election commissioner.

The Islamabad High Court heard the case on Saturday.

The Islamabad High Court in its Dec 30 order asked the Election Commission of Pakistan to hold local government elections in the federal capital on Dec 31 but the ECP refused to conduct the polls.