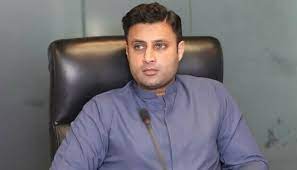 The NAB has called in Zulfi Bukhari as a witness for transferring his land to Al-Qadir University.

The PTI leader has been asked to appear in NAB Rawalpindi Office at 11:00 am on January 9.

In reaction, the PTI leader vowed that the could not be intimidated by any vengeful tactics.

Zulfi said the “imported thieves” first of all destroyed the NAB after coming to power. The only champion of across-the-board accountability in this country is Imran Khan, he claimed.

The PTI leader said it was allowed through the NAB amendments to usurp the 1,225 billion rupees of the masses.

He said he is being branded a criminal playing a role in arranging modern and quality Islamic education for deserving students.

He vowed to press on with the campaign to expose these “puppets”.