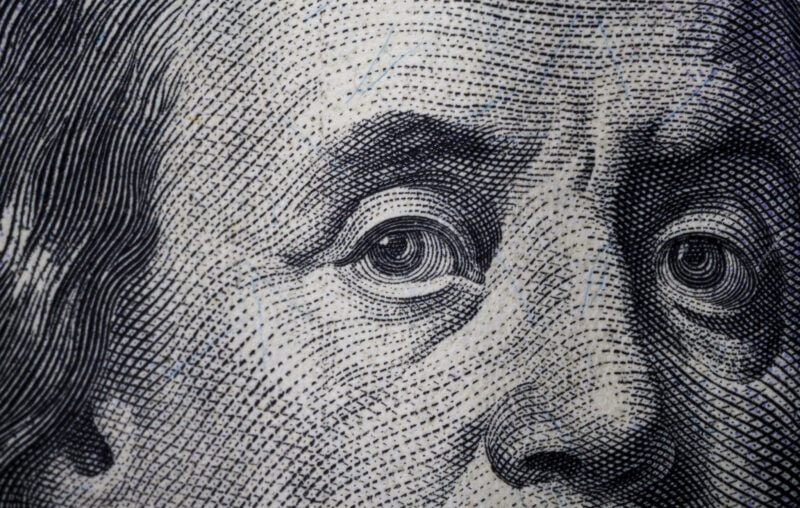 Economists use aggregate demand and aggregate supply (AS-AD model) to understand how inflation and real income growth are jointly determined. The four components of the model are:

We also use the model to predict how changes in underlying factors, such as economic policy, affect gP and gY. Let’s discuss a few important examples.

Suppose the central bank increases the growth rate of the money supply. Also suppose the public fully anticipates this. What does the model predict?

Since the monetary expansion is perfectly anticipated, workers’ and producers’ inflation expectations rise. There’s no signal-extraction problem: if the central bank raises money growth from, say, 3 percent to 5 percent, employees ask for wages that are 2 percent higher than they otherwise would have requested (and employers are happy to give it to them) and firms raise prices by an additional 2 percent, as well.

Graphically, the AD and SRAS curves shift up by the same amount. LRAS stays put. The only result is higher equilibrium inflation. There’s no corresponding boost to real output, precisely because the monetary expansion was fully anticipated. Figure 1 below shows this.

But what if the monetary expansion is not fully anticipated? Here’s where things get interesting.

LRAS still doesn’t move. AD still shifts out. But SRAS does not shift immediately because the public isn’t expecting higher inflation. Loose monetary policy (higher AD growth, hence higher spending growth on goods and services) can fool workers and firms into working and producing more, so long as it is unexpected. This is the signal-extraction problem. As a result, the economy moves to a new short-run equilibrium characterized by higher real output growth (gY) and higher inflation (gP).

But remember, this is only temporary. Printing money faster doesn’t improve long-run economic fundamentals. When real output growth rises beyond its long-run level, the economy is unsustainably productive. Workers work too much, machines work too fast, resulting in too much of a good thing. Although it may seem odd, producing more is inefficient, destroying wealth.

Eventually, market actors get wise to the game. They realize the boost to wages and sales was due to easy money. To adapt, they raise their inflation expectations. SRAS shifts up. The economy transitions to a long-run equilibrium: real output growth slows down to its sustainable rate and inflation rises further. The final result is permanently higher inflation, but the same real output growth as before the monetary expansion.

Unlike Case 1, people were temporarily tricked in Case 2. But you can’t trick all the people all the time. Mistakes are temporary. In the long run, we have nothing to show for the loose-money policy, except temporary (and inefficiently) high production and permanently high inflation. See Figure 2 below.

What happens if, independent of monetary conditions, the US economy becomes more productive? Suppose general technological improvements, or a less burdensome regulatory environment, make production and distribution easier. This means our trend output growth rate rises. This effect would be permanent, though subsequent shocks may hamper productivity in the future (more on this below).

The money supply isn’t growing faster, nor is its rate of turnover increasing. AD stays put. But LRAS will increase, and SRAS will shift out with it. Productivity gains mean better supply-side conditions. Inflation expectations adjust, too: real output growth grows faster compared to aggregate demand growth, meaning market actors anticipate an inflation slowdown. If total expenditures (gM + gV) is growing at 5 percent, and real income growth (gY) jumps from 2 percent to 4 percent, the result is a fall in the inflation rate from 3 percent to 1 percent (gP = gM + gV – gY). Economists call this disinflation.

Conceivably, there could even be deflation—gP may be negative. We have nothing to fear from supply-side deflation. It’s a benign effect of goods becoming increasingly abundant relative to money. Deflation driven by aggregate-demand shortfalls are indeed dangerous. But that’s not the case here. For example, the US economy experienced deflation many years in the late 19th century. Sometimes it was caused by turbulence in the National Banking System, which was fragile by design. But other times the cause was phenomenal productivity gains driven by industrialization, not demand-side sclerosis. There’s no reason the same thing couldn’t happen today, excepting our monetary policymakers’ unfounded aversion to deflation in general.

Figure 3 below demonstrates these results. The economy transitions to a new equilibrium with higher real output growth and lower inflation. Good times all around!

From time to time, productivity in the US economy falls temporarily. Such events can happen for a variety of reasons. Bad weather may reduce crop yields. Labor strikes may decrease the amount of labor available to produce goods and services. Or, a pandemic may limit our ability to perform certain tasks as efficiently as we could before. As a result, the growth rate of output falls below its long-run trend until the underlying cause of the productivity slowdown reverses.

As in Case 3, the growth rate of the money supply has not changed, nor has the rate at which people spend money. AD doesn’t shift. However, people’s inflation expectations increase because aggregate demand is now growing faster compared to real output. In consequence, SRAS shifts left. Note that LRAS doesn’t move, because we’ve assumed the slowdown in productivity is temporary rather than permanent.

Note, however, that the higher inflation would only last as long as the temporary slowdown in productivity. Once the underlying cause of the slowdown reverses, output growth returns to trend and people’s inflation expectations return to where they were before the slowdown.