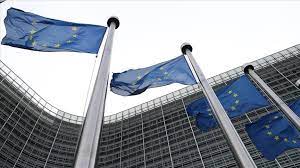 BRUSSELS: This Friday, a military-controlled court in Myanmar delivered its final verdicts against detained President Win Myint and State Counsellor Aung San Suu Kyi, concluding a series of purely politically motivated trials conducted in the course of the past thirteen months. These trials were carried forward with no respect for due legal procedure or necessary judicial guarantees and are a clear attempt to exclude democratically elected leaders from political life. Win Myint and Aung San Suu Kyi face a total of 12 and 33 years’ imprisonment respectively, including 3 years of hard labour, representing another blatant violation of human rights in Myanmar.

The European Union strongly condemns these trials, verdicts and the overall dismantlement of democracy and the rule of law in Myanmar. EU’s position remains that only a genuine dialogue involving Aung San Suu Kyi, the National League for Democracy, the National Unity Government, civil society and all other relevant stakeholders in Myanmar can lead the way out of the deep crisis in the country and restore the path towards democracy.

The EU also expresses its deep concern over the large number of persons arbitrarily detained and reiterates its urgent call for the immediate and unconditional release of all political prisoners.

As the second anniversary of the military coup of 1 February 2021 is approaching, the military regime’s actions continue to show a complete contempt for human dignity and the will of the people. The EU reiterates its full support for ASEAN efforts to promote a peaceful resolution of the crisis in Myanmar, including the inclusive dialogue called for by ASEAN’s Five-Point Consensus.