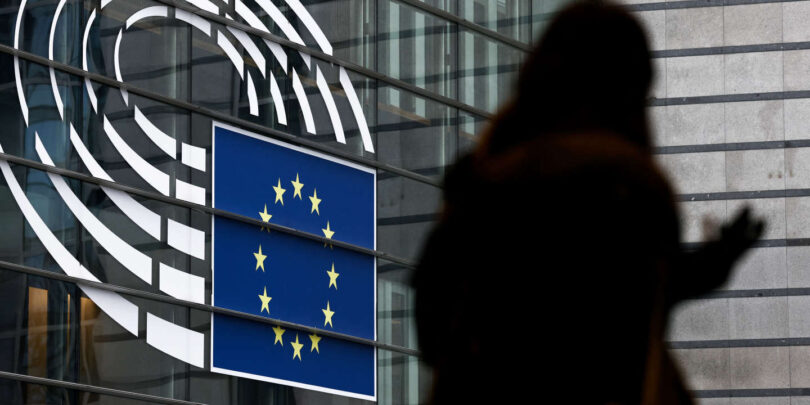 Belgian Police have arrested four European Parliamentarians on the charges of corruption and allegedly taking bribes from Qatari officials just a few days before the European Parliament was scheduled to vote on starting negotiations to grant visa-free travel to citizens of Qatar and three other countries. According to the details, Police authorities recovered 600,000 euros stashed from the house of European Parliament Vice President, Eva Kiali and sent her to jail along with a parliamentary adviser, who was also accused of money laundering and participation in a criminal organization.

Interestingly, EU Vice President and Greek Politician Eva Kiali gave a lengthy sermon to fellow parliamentarians a few days back and supported Qatar’s case for visa-free travel in the bloc. Kiali told their fellow MPs that today’s Qataris are not old typical Arabs but their generation is very intelligent, highly educated, and peace negotiators. Modern-day Qataris are good businessmen, polite neighbors, and reliable partners. Thus, a few praising words rendered her corrupt and a lobbying agent for a foreign nation. She had been kicked out of her political party in Greece and had been suspended from her vice presidential duties.

Historically, lobbying on behalf of private businesses, foreign governments, and entities are lawful in Europe and America, while countless advocacy and public relations firms and individuals are registered with the EU government as lobbying agents, and European Commission permits those firms to protect their client’s interest at the top EU level. Every nation including India, Israel, China, and Russia mostly hires lobbying firms to influence the EU’s trade and economic policies in their favor.

However, an anti-Muslim and anti-Arab wind is blowing across Europe and North America amid the ongoing FIFA World Cup in a tiny Muslim Nation in the Middle East. Earlier, the west vehemently displayed its anger over Qatar for hosting the food ball world Cup and now hatched a bogus story to malign the Arab nation.

Presently, the western world has utmost animosity toward Saudi Arabia and other Arab nations who had displayed a cold shoulder during the war in Ukraine and refused to increase oil production, while Qatar also did not agree with their desires for long-term gas supplies on the west’s terms and conditions. Hence, the west forgot Qatari services during the Afghan Peace process and Arabs appeared to them indecent and illiterate. In fact, Western priorities revolve around their monetary interests, their ideals change daily, hopefully, soon the EU will reset its compass as Khalifa heads to Brussels.