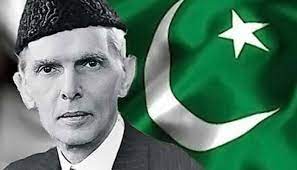 Yesterday, the entire Pakistani nation celebrated the 146th birthday of the founder of Pakistan, Quaid-e-Azam Muhammad Ali Jinnah with pledges to uphold his guiding principles of unity, faith, and discipline. The political leadership, Academia, and Union leaders paid rich tributes to the father of the nation for his untiring struggle, sagacity, and leadership that led to the creation of a separate homeland for the Muslims of the Indo sub-continent. While special events had been arranged across the country to highlight the legacy and thoughts of Quaid-e-Azam, with a particular focus on rule of law, the supremacy of the constitution, and the upholding of democratic traditions.

Quaid-e-Azam Muhammad Ali Jinnah was an iconic leader, renowned lawyer, political Strategist, and a great Muslim Scholar who not only put a new sole in the Muslims’ struggle for a separate homeland but also entirely turned the tide of the politics in the Indo-Subcontinent through his sagacious leadership, unshattered resolve and unmatchable commitment to the political cause of Muslims of India. Historically, the Quaid-e-Azam led the Muslims of the Indo-Subcontinent for over thirty years, fought relentlessly and inexorably for their inherent rights, guided their affairs, and organized their efforts through coherence and unity to achieve their ultimate aspirations for a separate, independent, and free homeland comprising of the Muslim Majority territories in the South Asian region.

The world wondered, how the Quaid-e-Azam led an inchoate and downtrodden minority to unite them for a consensus cause, created a nation out of scratches, and established a cultural and national homeland for them in a short period of time.

Interestingly, modern-day Pakistani leaders commonly quote the thoughts and legacy of Quaid-e-Azam Muhammad Ali Jinnah and try to sell their narrative on this pretext. It has become a common phenomenon in the country, that political leaders use the charismatic personality and thoughts of the great Muslim leader to accomplish their selfish political agenda and compare their egoistic policies with the marvelous services of the father of the nation.

Unfortunately, after the death of Quaid-e-Azam, the successive rulers both civilian and military dictators had advanced personal agendas and used Islamization to garner the support of clerics and religious factions in the country. In fact, politicized Islamization not only radicalized the secular Pakistani society but also gave birth to intolerance and extremism during the seventies and the eighties while multiple Sunni, Shia, and other sectarian extremism groups took birth and grew up in the country, tarnished the Quaid’s vision for a free, open, pluralistic and peaceful Pakistan by creating a wide gap and walls of hate between various segments of the society.

Realistically, Pakistan had been swaying between two peaks. i.e. democracy vis-a-vis Islamic theocracy over the past decades, while slackness of political leadership gave space to hardline religious and ethnic elements to openly preach hatred and division in the society. The Pakistani nation had lost its destiny because our leaders unintentionally cultivated a crop of zealots and lured the nation into an attenuated and narrow version of nationalism and religious fanaticism that hurt the country’s image and interest globally.

Pakistan’s future lies in democracy and a pluralistic society that provides equal opportunities to all citizens without any segregation of cast, colour, or creed, which would provide foundations for a cohesive, free and prosperous Pakistan. In fact, December 25th demands the Pakistani nation and its leaders to come up above the typical politics and customary statements if they really intend to transform their country according to the ideals of Quaid-a-Azam Muhammad Ali Jinnah.