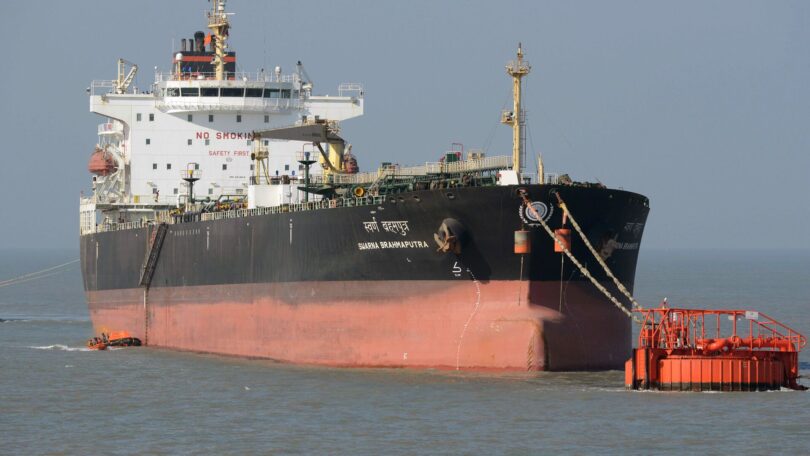 In order to send even more fuel to the new key consumers that have replaced Europe and not lose profits, Moscow offered to help Delhi with the lease and purchase of oil tankers. Indeed, our own transport, including sea transport, is essential in the new realities.
“Absorbed” volumes
The price ceiling introduced on December 5 by the G7, the European Union and Australia has had no effect on Russia’s Asian partners. Chinese traders are working as usual, private refineries, the so-called samovars, have purchased batches of Russian ESPO oil for delivery in December-January and an increased discount to the benchmark Brent. The number of transactions continues to grow.
According to the Intern-ational Energy Agency (I-EA), since February, India has increased purchases by 36 times – from 30,000 to 1.08 million barrels per day – and even overtook China (830,000 per day). The total flow of fuel to Asia has tripled to 2.5 million barrels. A third is taken out of Russian ports by tankers that hide the destination.
As a result, according to S&P Global Commodities at Sea, the share of China and India in sea exports of crude oil from Russia reached 68 percent. “Asian giants swallowed up Europ-ean barrels almost completely,” analysts stated.
The G7 Price Cap Mech-anism, which controls acc-ess to insurance and transportation services, provides for a transitional period of 45 days for ships loaded be-fore December 5 and unlo-aded at the port of destination before January 19. Co-nsumers use this window. Moreover, according to industry sources, Indian refineries signed contracts for even larger volumes in advance in anticipation of possible failures.
“We are not asking our companies to buy Russian oil specifically. We are asking them to focus on the best available offer,” said Indian Foreign Minister Subramanyam Jaishankar.
However, the routes bec-ame much more complicated, which led to an increase in freight rates. In addition, Western companies refuse to insure carriers.
“It is necessary to cha-nge the routes of about half of the two million barrels p-er day. A shortage of ships is inevitable,” the S&P Gl-obal rating agency indicated.
“Oil from Russia is ex-ported mainly on foreign t-ankers. Under the conditi-ons of insurance sanctions, raw materials are actually delivered at the risk of shippers and consumers. If the tanker crashes, no one will compensate for the losses,” explains Leonid Khazanov, an industrial expert.
The Federation of Indian Exporters has long pushed for a reduction in dependence on Europeans. The go-vernment was required to develop its own shipping lines and stimulate the production of shipping containers. “The rise in freight costs in global companies creates serious problems,” market participants complained.
According to Dmitry A-damidov, an independent e-xpert in the field of logist-ics, in this case we are talki-ng about “serious intentio-ns” and long-term contra-cts.
“The oil market will become fragmented more and more. It makes sense to establish strong cooperative ties by fixing volumes and, possibly, prices (for example, as part of a barter sch-eme). In these circumstan-ces, own transport is not o-nly desirable, but even necessary. How exactly the project is being implemented – at the expense of India, Russia or on an equal footi-ng, it is still difficult to sa-y,” he notes.
Considering that Mos-cow supplies oil to Asia at very good prices, the India-ns are quite capable of taking on the costs of renting and insuring foreign ships, Leonid Khazanov adds.
“Or let them place orders for the construction of lar-ge-capacity tankers at Rus-sian shipyards. Of course, this is not a quick business, but they would reduce dep-endence on international lo-gistics operators. It is also possible to create a joint o-perator with a fleet of tank-ers. The founders are Rus-sian oil companies and Ind-ian refiners,” argues analyst.
The effect is clear in any case: Delhi will continue to buy as much oil as it wants, including at a price higher than the one set by the G7. Plus complete independen-ce from Western insurance, financial and transport services.