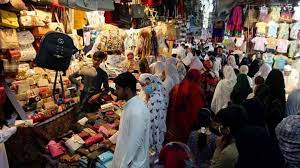 ISLAMABAD: The federal government on Tuesday announced closure of restaurants and markets across the country by 8pm as a new plan for energy conservation has been unveiled.

Defence Minister Khwaja Asif briefied the media on the decision taken by the federal cabinet at a meeting chaired by Prime Minister Shehbaz Sharif. He said banquet halls would be closed by 10pm.

“Markets in other parts of the world are shut down by 6pm but they remain open beyond midnight in Pakistan,” he said. He hoped that the decision would help Pakistan save 8,000 to 9,000 megawatts of electricity and Rs62 billion in a year.

The minister said billions of rupees could be save if 20 per cent of the workers were sent for work from home on rotational basis. He said e-bikes would be promoted in order to cut dependency on petrol, adding that talks were underway with the companies to modify the existing bikes.

Mr Asif said the federal government would approach the provinces to take them on board about the measures aimed at saving energy. He said the energy conservation programme would be launched at national level with consensus.

Calling for changing the existing living conditions, he said that the country was facing serious economic situation.

Last week, Information Minister Marriyum Aurangzeb tweeted that a crackdown on electricity theft would be launched across the country, under the plan. She said many private and government buildings would be shifted to solar energy.