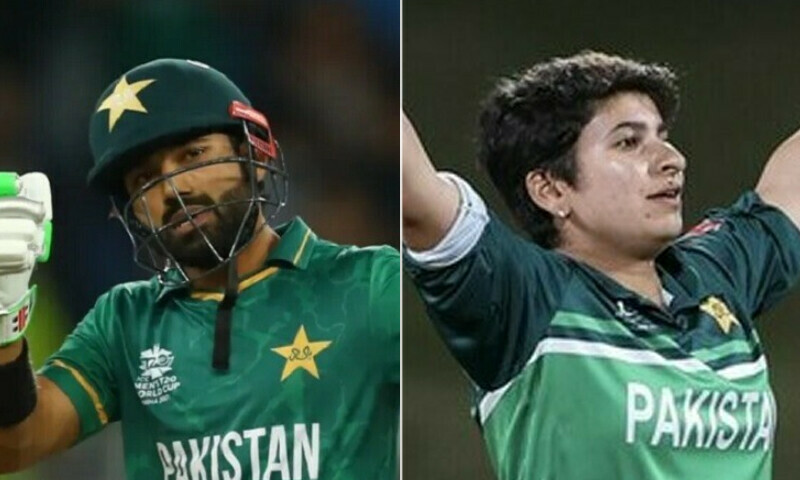 DUBAI: The International Cricket Council (ICC) on Thursday announced the nominations for the ICC T20I cricketer of the year with Pakistan wicketkeeper-batter Mohammad Rizwan and all-rounder Nida Dar making the cut in their respective sections.

In the men’s section, the other three nominees are India’s Suryakumar Yadav, England’s Sam Surran and Zimbabwe’s Sikander Raza.
Rizwan was also crowned the T20I cricketer of the year by the ICC in 2021.

While Curran was nominated for his “remarkable T20 World Cup” show this year.

“His best showing came in the final against Pakistan in Melbourne, where he conceded just 12 runs in his fours overs while taking three wickets,” the ICC said, adding he was also named the player of the match.

Hailing Rizwan for his consistency in the format, the cricket body said the Pakistani opener amassed 996 runs with nine catches and three stumpings in 25 matches in the outgoing year.

It said Rizwan also smashed 10 half-centuries in 2022 in T20Is, and finished with 175 runs in the T20 World Cup, the joint-most by a Pakistan batter.

“Averaging 45.27 in T20Is in 2022, Rizwan enhanced his reputation as a high-quality anchor at the top of Pakistan’s batting line-up,” the statement said.

The ICC recounted that Rizwan’s best performance came in the home series against England in the build-up to the T20 World Cup when he scored an unbeaten 88 off just 51 balls as Pakistan scaled a 200-plus target without the loss of a wicket.

Aside from Nida Dar, the women nominees are India’s Smriti Mandhana, New Zealand’s Sophie Devine and Australia’s Tahlia McGrath.
Dar made 396 runs in 16 matches at an average of 56.57, and 15 wickets.

Dar is the first and the only Pakistan bowler to have claimed 100 T20I wickets, and currently, the second-highest wicket-taker in Women’s T20Is, according to the ICC.

But she also impressed with the bat. She struck three fifty-plus scores this year: an unbeaten fifty at the Commonwealth Games, similar exploits against India at the Asia Cup, and a well-made 61 at home against Ireland in November.

Dar was exceptional in the Asia Cup in which she amassed 145 runs in six matches, at a superb average of 72.50, and also claimed eight wickets at a meagre 14.87 runs a piece. For her all-around brilliance, she was also voted as the ICC Women’s Player of the Month for October.

Dar’s best performance of the year in the shortest format was in the Asia Cup, against Pakistan’s arch-rivals India. After a shaky start, with Pakistan struggling at 33/3 at the end of the Powerplay, skipper Bismah Maroof was joined by Dar. Together they stitched a crucial partnership of 76 runs.

Even after Maroof’s wicket, Dar kept the momentum going with a fiery knock. She smashed 56 not-out from just 37 balls with five fours and a six, helping her side post 137/6.

With the ball, she gave away 23 runs from her four overs, and claimed two important wickets of Jemimah Rodrigues and India skipper Harmanpreet Kaur, as Pakistan cruised to their first-ever win over India in women’s T20Is in six years. Dar was adjudged player of the match for her match-winning contributions.