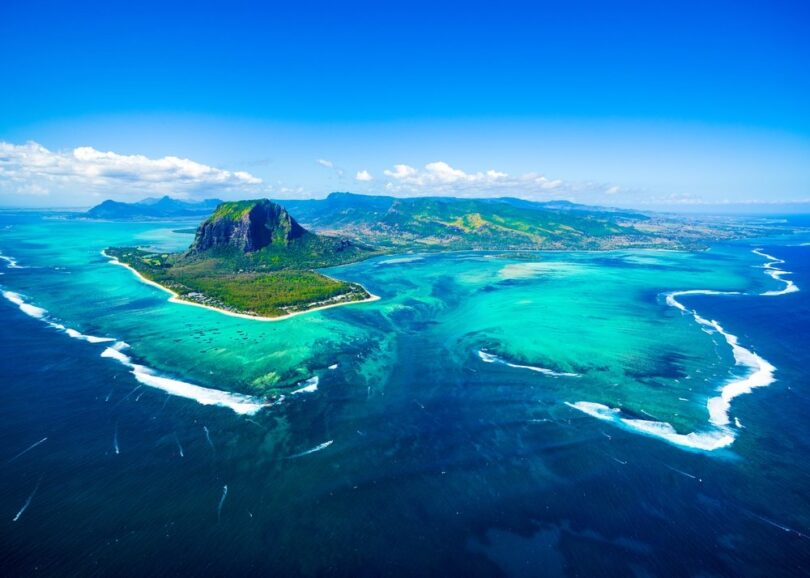 Taking a trip to a natural wonder and enjoying the ocean and the calming, mesmerizing beauty of nature is one of the best parts of a honeymoon, so choosing an island destination to relax in after the hassle of a wedding makes perfect sense. Here are some of the best destinations for a romantic island holiday

“Happiness consists of living each day as if it were the first day of your honeymoon and the last day of your vacation,” Leo Tolstoy once said. Of course, the honeymoon marks stepping into a new period with the person you want to spend the rest of your life with, so it should be unforgettable.

Couples’ honeymoon plans can sometimes include staying in a hotel, sunbathing by a pool, traveling and seeing a new country, camping in nature or an island vacation surrounded by the sea. Today, I would like to suggest five islands that you can visit on your honeymoon, islands with romantic, fun and surprising beauty.

Every year, Santorini is one of the most visited islands among the Greek islands. It is also known as the honeymoon island. Every year, thousands of couples come to this blue-and-white beauty to spend their first days of marriage. The sunset in Santorini is a truly unique beauty. And to fully enjoy it, you can go to the lighthouse and Oia village.

Santorini has black and red sand beaches. Kokkini Paralia, which is the same color as the island’s soil near the ruins of Akrotiri, offers an unforgettable beach experience with its huge rock landscape. More attractive than the tourist-favorite beaches of Perissa and Kamari, on the northern ridge of the island, close to the village of Oia, a medieval capital abandoned in the 17th century, is the lesser-known Ammoudi Beach. While swimming on this beach, you can enjoy watching the windmill, the old guard of the island and the charming houses of Oia.

Thailand’s most popular and touristic islands, the Phi Phi Islands’ popularity increased after the film “The Beach” starring Leonardo Di Caprio was filmed here in Maya Bay on the Ko Phi Phi Le, the second largest island of the group. A lot of people come to the island, especially in the high season, which means it is so crowded the island cannot handle the much demand.

There are many alternatives for visitors that offer peaceful places to rest while also offering glimpses of the local culture. Known as the archipelago, these islands are connected to Krabi province and include two main islands, Ko Phi Phi Lee and Ko Phi Phi Don. The Phi Phi islands are located between the Phuket islands and the Andaman Sea, which are often visited by honeymooners and vacationers. These islands are within the borders of Southern Thailand and are open to settlement. However, only one-day visits to the island are allowed.

Ko Phi Phi Don and Ko Phi Phi Lee offer unique beaches and various sea activities. You can reach beaches such as Laem Thons and Long Beach in a short time by boat around the island. There are beaches on these islands that should be visited especially for sea lovers. You can also try activities such as rock climbing and diving in Phi Phi Don.

Fiji is an archipelago consisting of 333 islands. It is a fascinating collection of islands that mirror the landscape we see on postcards. Locals welcome tourists to stay in bungalows and resorts on the islands. It is a tropical island paradise where ocean waves ripple toward white sandy beaches to welcome young and old, families or honeymooners. It is possible to find an option for every budget in these islands. These islands, which were closed to tourism in 1987, started to revive when the state gave the authority over the real estate to the islanders.

The islands of Mauritius and Rodrigues, along with nearby Reunion – a French overseas department – are part of the Mascarene Islands. Mauritius, an Indian Ocean island nation, is known for its beaches, lagoons and reefs. Home to many endemic species, the island was the only known habitat for dodo birds before they were driven to extinction by humans. The capital and largest city of the country is Port Louis on the island of Mauritius.

Due to its geographical location and centuries of colonial rule, the people of Mauritius are extremely diverse in ethnic groups, culture, language and religion. One of the most visited spots on the island, “The Seven Colored Lands of Chamarel” fascinates its visitors with its dunes with a color spectrum ranging from red, pink, yellow to green and even purple. Another breathtaking natural wonder of Mauritius is the underwater waterfall, this very rare illusion. It is truly a breathtaking natural phenomenon that must be seen.

Mauritius island is also a great choice for honeymoon trips. You can sunbathe on a pristine beach, sail in the warm waters of a tropical lagoon and dive in coral reefs. You can get from one end of the country to the other in two hours. Thus, a trip that covers the entire island is possible.