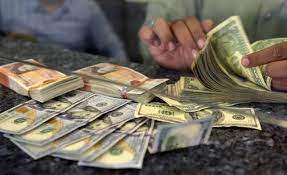 ISLAMABAD: The exchange rate of the Pakistani rupee depreciated by 01 paisa against the US dollar in the interbank trading on Friday and closed at Rs 228.15 against the previous day’s closing of Rs 228.14.

According to the Forex Association of Pakistan (FAP), the buying and selling rates of dollar in the open market were recorded at Rs 236.25 and Rs 238.25 respectively.

The exchange rates of the Emirates dirham and Saudi riyal remained unchanged to close at Rs 62.11 and Rs 60.74 respectively.(APP)