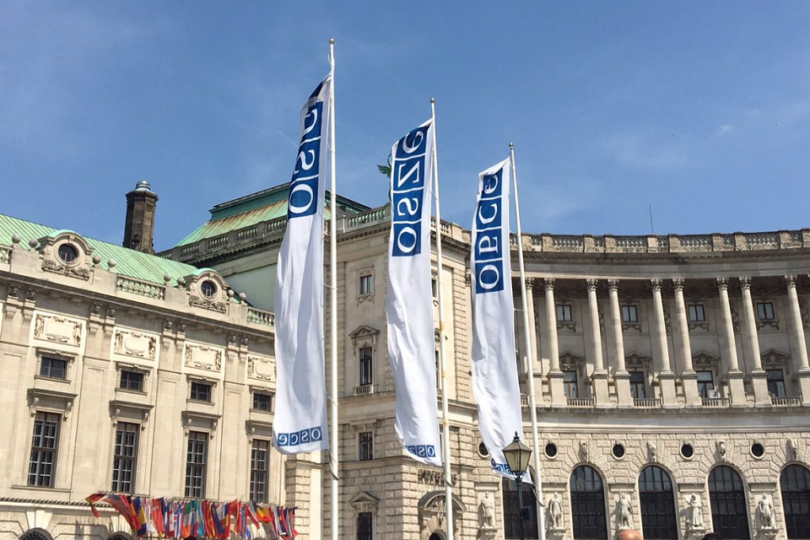 Thank you, Mr Chair, and thank you for your leadership over the last year. For many, including in this room, this time of year is a period of joy, of festivity, of reunions with family and friends, and the celebration of time-old traditions. However, I am acutely aware that, as I look forward to spending time with family and friends in the warmth and safety of my home, many Ukrainians will not be afforded the same simple pleasures this year – because of Russia’s unprovoked and premeditated invasion of Ukraine.

Last Saturday morning, as ordinary Ukrainians slept, Russia launched yet another cowardly attack on Ukraine’s energy infrastructure. Striking Odesa, Russia’s missiles left the city and surrounding area without power. In sub-zero temperatures, 1.5 million people were plunged into cold and darkness; unable to prepare a hot meal for their families or run a warm bath for their children. And again, only yesterday Kyiv and Kherson were subjected to drone and missile attacks, striking residential and civil administration buildings. Russia’s tactics, designed to break the will of the Ukrainian people, are barbaric and inhumane. They demonstrate the Kremlin’s complete lack of respect for human life and dignity.

We will not forget those who have been separated from their loved ones this Christmas, torn apart by President Putin’s senseless and brutal actions, including those forced to flee their homes and those arbitrarily detained. We again call on Russia for the immediate and unconditional release of our OSCE colleagues, illegally detained for simply performing their official duties – duties mandated by all 57 participating States.

We remain in awe of Ukraine’s defenders – fighting not only for their country and their people, but for democracy and the very principles this organisation was founded on. We once again remind Russia of its obligations under the third Geneva Convention that all prisoners of war should be treated humanely and access given to international organisations to assess their safety and wellbeing.

Despite the hardships being forced upon the Ukrainian people by President Putin and the Russian armed forces – he will not succeed. The world has been inspired by the resilience and courage of Ukraine in the face of such atrocities; their spirit cannot be dimmed.

President Putin falsely maintains that his so called ‘Special Military Operation’ remains on track. Russia is losing and the world can see that Putin is lying. The Russian armed forces and the Russian leadership have demonstrated their inadequacy and failures all too clearly. We see appalling acts of desperation in response, inflicted on innocent men, women and children who want simply to live their lives in peace, in a free and democratic Ukraine.

Ever more isolated on the world stage, Putin is being forced to rely on so-called ‘allies’ such as Iran, North Korea and Belarus to prop up his failing invasion. Putin believed the world would look the other way when he chose to disregard international law, the UN Charter and the fundamental principles of sovereignty and territorial integrity and ordered his army into Ukraine; Putin believed the world would not care when Russian armed forces committed atrocities on a shocking scale – we are horrified by the widespread reports of rape being used against civilians in Ukraine; Putin thought the global community would accept the weaponisation of food and energy, both in Ukraine and around the world. Putin was wrong, wrong, wrong.

As my Foreign Secretary said earlier this week, Putin is prepared to destroy the laws that protect every nation and, by extension, every person across the globe. We will not look away, we will not accept these egregious and blatant violations of international law, and we will not abandon Ukraine to stand alone in the face of such tyranny.

Russia dares to hope it can outlast the support of the UK and the global community standing together against Russian aggression. But there should be no doubt – as many in the world celebrate this festive season, we continue to stand shoulder to shoulder with Ukraine in their fight for freedom, we stand with those on the front lines and with Ukrainians in every city, town and village. We will not let Ukraine’s light go out.