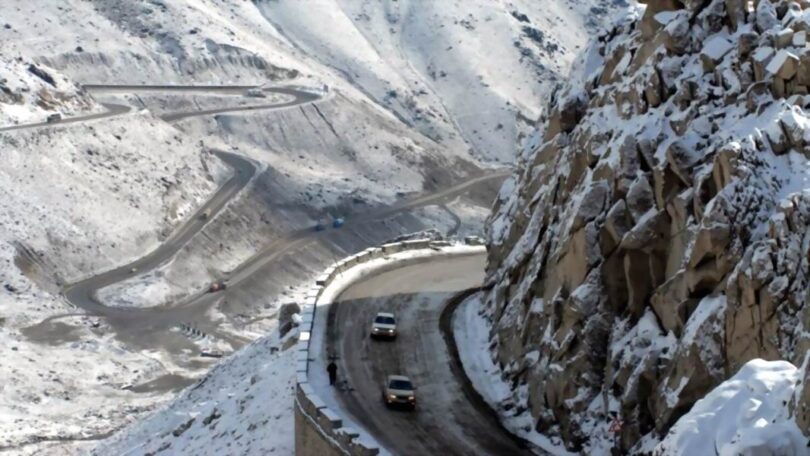 SALANG (Khaama Press): Officials of the Ministry of Public Works of the Islamic Emirate of Afghanistan say that the Salang highway was reopened after the heavy snowfall and a strong storm.
The Public Work ministry tweeted that Salang highway has been opened for traffic as a result of the efforts of the personnel of Salang Preservation Department.
Due to heavy snowfall on Wednesday, highways in certain provinces including Kabul, Bamyan, Baghlan, Badghis, and Saripul provinces were temporarily blocked.
Taliban officials of Salang highway have said that some passengers who were stuck on the road have been transferred to safe places after the rescue team reached the area.
Officials of the Ministry of Public Works in a message to Khaama Press said that so far five passenger cars that were stuck on the highway were rescued by rescue personnel.
Salang highway connects at least ten northern and northeastern provinces of Afghanistan to the center and other provinces. Since the beginning of this year’s snowfall, the high has been temporarily blocked several times.
The blockage of Salang highway for Traffic is not something new. During the winter season, the massive amount of snowfall the mountainous train gets makes it extremely difficult to move people and goods from the capital to northern provinces and vice versa. Meanwhile, the highway is in a poor condition with cracks and holes everywhere, needing immediate attention for its maintenance.
On December 18, an oil tanker overturned and caught fire in Salang Tunnel, killing 19 people and injuring dozens. Similar incidents and avalanches have taken place in Salang Tunnel and the only major highway linking the capital to the north of the country.