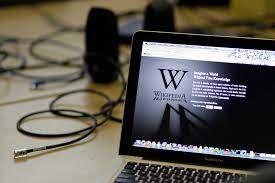 RIYADH (AFP): Saudi Arabia has infiltrated Wikipedia and jailed two administrators in a bid to control content on the website, activists said Thursday, weeks after a former Twitter worker was jailed for “spying” for the Saudis.

One administrator was jailed for 32 years, and another was sentenced to eight years, the activists said.

An investigation by parent body Wikimedia found the Saudi government had penetrated Wikipedia’s senior ranks in the region, with Saudi citizens acting or forced to act as agents, two rights groups said.

“Wikimedia’s investigation revealed that the Saudi government had infiltrated the highest ranks in Wikipedia’s team in the region,” Democracy for the Arab World Now (DAWN) and Beirut-based SMEX said in a joint statement.

There was no immediate comment from the Saudi government or from Wikimedia, which puts free educational content online through initiatives like Wikipedia, the online encyclopedia, and Wiktionary.

DAWN and SMEX’s statement comes after Wikimedia last month announced global bans for 16 users “who were engaging in conflict of interest editing on Wikipedia projects in the MENA (Middle East and North Africa) region”.

In an investigation that started last January, Wikimedia said they “were able to confirm that a number of users with close connections with external parties were editing the platform in a coordinated fashion to advance the aim of those parties”.

Wikimedia was referring to Saudis acting under the influence of the Saudi government, DAWN and SMEX said, citing their sources.

Two high-ranking “admins” — volunteer administrators with privileged access to Wikipedia, including the ability to edit fully protected pages — have been imprisoned since they were arrested on the same day in September 2020, the two bodies added.

The arrests appeared to be part of a “crackdown on Wikipedia admins in the country”, DAWN and SMEX said, naming the two people imprisoned as Osama Khalid and Ziyad al-Sofiani.

Abdullah Alaoudh, DAWN’s director of research for the Gulf, said Khalid was jailed for 32 years and Sofiani received an eight-year sentence.

“The arrests of Osama Khalid and Ziyad al-Sofiani on one hand, and the infiltration of Wikipedia on the other hand, show a horrifying aspect of how the Saudi government wants to control the narrative and Wikipedia,” Alaoudh told AFP.

Last month, former Twitter worker Ahmad Abouammo was sentenced to three-and-a-half years in prison by a San Francisco court for crimes including being an illegal agent of a foreign government.

Prosecutors accused Abouammo and fellow Twitter employee Ali Alzabarah, who is wanted by the FBI, of being enlisted by Saudi officials between late 2014 and early the following year to get private information on accounts that were critical of the Saudi regime.