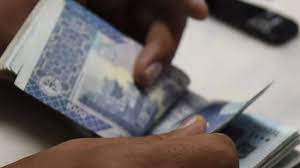 Addressing a press conference after the meeting of the State Bank’s Monetary Policy Committee decision, the SBP governor said the committee has decided to increase the interest rate by one percent.

After the SBP decision, the interest rate in Pakistan has reached from 16 percent to 17 percent.

The committee, in its meeting, noted that inflationary pressure was persistent. “It noted that price stability was required to control inflation and maintain the growth rate,” Ahmad said.

The central bank raised the benchmark interest rate by 100 basis points (bps) in November last year to 16% — the highest since 1999 — taking the total increase to 900 bps since September 2021 to counter rising inflation.

SBP Governor Jameel Ahmad, in his maiden monetary policy press conference after assuming charge in August, revealed that the committee has observed that “inflationary pressures are persisting and continue to be broad-based”.

“If these remain unchecked, they could feed into higher inflation expectations over a longer than-anticipated period therefore the Monetary Policy Committee (MPC) stressed that it is critical to anchor inflation expectations and achieve the objective of price stability to support sustainable growth in the future,” he further explained.

The SBP governor said that despite some moderation in November and December, inflation continues to remain elevated. Importantly, core inflation has been on a rising trend for the past 10 months.

Moreover, near-term challenges for the external sector have increased despite the policy-induced contraction in the current account deficit. “The lack of fresh financial inflows and ongoing debt repayments have led to a continuous drawdown in official reserves,” he said.

The MPC also took notice of the global economic and financial conditions broadly remaining uncertain in the near-to-short term, leading to mixed implications for the domestic economy.

The central bank, in its monetary policy statement, further elaborated that the expected slowdown in global demand could negatively impact the outlook of exports and workers’ remittances for emerging economies, including Pakistan.

“This would partly offset the gains from the import contraction. On the flip side, some moderation in international commodity prices may help reduce inflation and the improvement in global financial conditions may also provide some relief to the external sector,” he said.