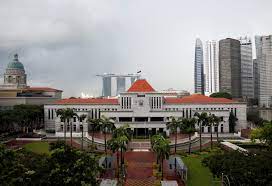 Several major developments marked Singapore’s socio-political landscape in 2022. The government’s annual budget affirmed a staged increase in the Goods and Services Tax (GST) from 7 per cent to 9 per cent over 2023 and 2024, along with other income and wealth tax increases — highlighting increased social spending needs amid an ageing population.
The budget also indicated optimism for a robust economic recovery, with limited extensions to enterprise and income support schemes introduced during the COVID-19 pandemic. It introduced new schemes to encourage skills retraining and upgrading and reduced household transfers at a fiscal deficit of 0.5 per cent of GDP.
The issue of renewal and succession in the ruling People’s Action Party (PAP) was given some finality when Finance Minister Lawrence Wong was selected to head the party’s fourth generation (or 4G) leadership team in April, putting him in line to be the next prime minister of Singapore. He has since been appointed deputy prime minister and deputy secretary-general in the ruling party’s top decision-making body.
In November 2022, the Parliament of Singapore passed a bill to repeal Section 377A of the Penal Code, a colonial-era law criminalising sexual activity between consenting male adults. At the same time, a constitutional amendment rendered Parliament the authority on the definition of the institution of marriage. The same amendment gives the government and other public sector agencies similar authority when exercising public policies like public housing allocations and the disbursement of financial benefits.
Total and resident unemployment returned to pre-pandemic levels of 2 per cent and 3 per cent, respectively. But economic recovery was relatively subdued. Revised estimates in November expect economic growth for 2022 to be about 3.5 per cent.
This was despite the resumption of international travel and events like the annual Formula One race and the removal of most social distancing measures imposed during COVID-19. It also contrasts with the aftermath of both the Asian Financial Crisis and Global Financial Crisis where gro-wth was 9.9 per cent in 20-00 and 4.9 per cent in 2011.
Of greater concern is that overall and core inflation are higher than historical norms at 6 per cent and 4 per cent, respectively. This stems from increases in global interest rates that directly affect domestic housing costs, higher global commodity and energy prices and supply chain disruptions from COVID-19 lockdowns in China.
An increase in high net worth immigrants placed further upward pressure on private housing prices and also impacted public housing, with repeated transactions of ‘million-dollar flats’. These developments led to debates on the pricing and affordability of public housing and on the necessity of the GST increase.
An offset package — the ‘Assurance Package’ — to mitigate the effect of the increase in GST was announced in the annual budget. But despite assurances of its compensating effects on cost of living increases from the GST rise, there will still be a greater immediate impact on lower-income and retiree households. The latter group is further affected by the resulting reduction in real values of retirement and pension savings balances.
While they constitute 7.5 per cent of households, a subset of retirees who are asset-rich but cash-poor also face higher wealth taxes with an increase in property tax rates. There was prior recognition of rising wealth inequality in Singapore and calls for a wealth tax to mitigate this increase. But a lack of data means household wealth is typically premised solely on the rudimentary measure of housing values. Such households also face the prospect of higher tax burdens alongside the declining real value of their savings balances.
To mitigate the cost of living increases, two financial assistance packages of S$1.5 billion (US$1.1 billion) were introduced in June and October. These made provisions for enterprise and employment support, household utility subsidies and income transfers. But continuing retrenchments, particularly in the technology sector, with persistent unfilled vacancies in other sectors and lower growth expectations for 2023, will further heighten cost of living concerns.
Policy makers have regularly emphasised the need for re-training and re-skilling to ensure occupational relevance and employability. But participation and wage disparities between sectors are also attributable to existing cultural emphases and prejudice to particular industries or occupations.
In addition, while numbers are likely to be small, the Overseas Network & Expertise Pass — which aims to attract global talent leaders and entitles the pass-holder and spouse to work across companies in Singapore — may also affect sentiment in the resident labour force.
Despite increased aggregate employment and incomes in 2022, concerns about housing and living costs will remain elevated in 2023. The biennial Singapore Public Sector Outcomes Review highlighted the need for further policy focus in ensuring mental and physical wellbeing and on Singapore’s low fertility rate. But policymakers must recognise that these issues are intrinsically linked with immediate concerns of housing and living costs, employment and income equity and longer-term perceptions of social mobility and security.